Stars have found various ways to pass the time during the coronavirus lockdown.

And Line Of Duty Stephen Graham decided to take matters into his own hands in the absence of a barber during isolation, by getting his son Alfie to shave his head.

The actor, 46, shared a video his transformation on Twitter as his son took a pair of electric clippers to his short brown hair.

Scroll down for video 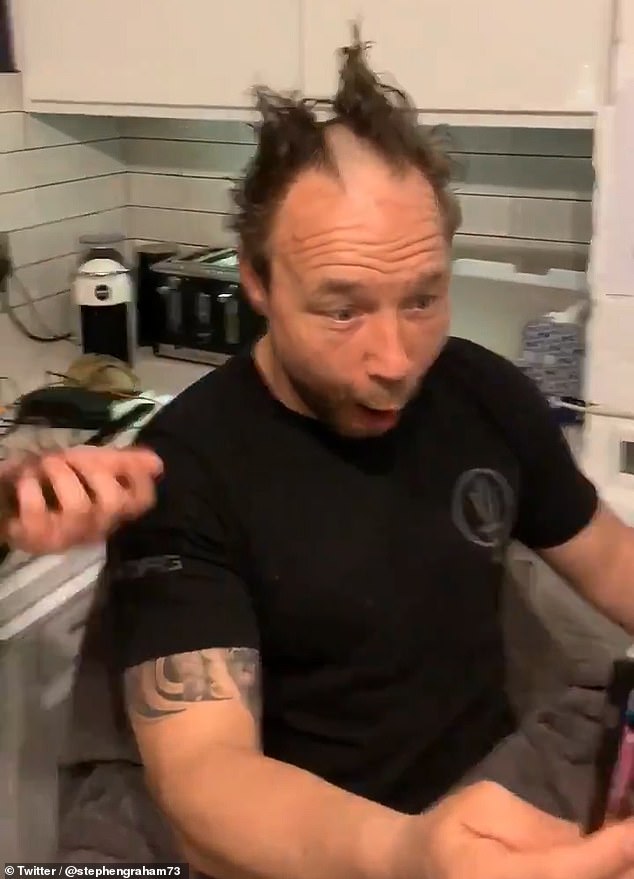 Hilarious: Stephen Graham, 46, stunned fans on Thursday by shaving his head in a surprise Twitter video

In the clip, even Stephen struggled to hide his shock as Alfie shaved off a patch of his hair with ease.

Swearing in disbelief, the This Is England star settled in before having the rest of his hair removed, reminding Alfie to take care he didn’t miss any patches. 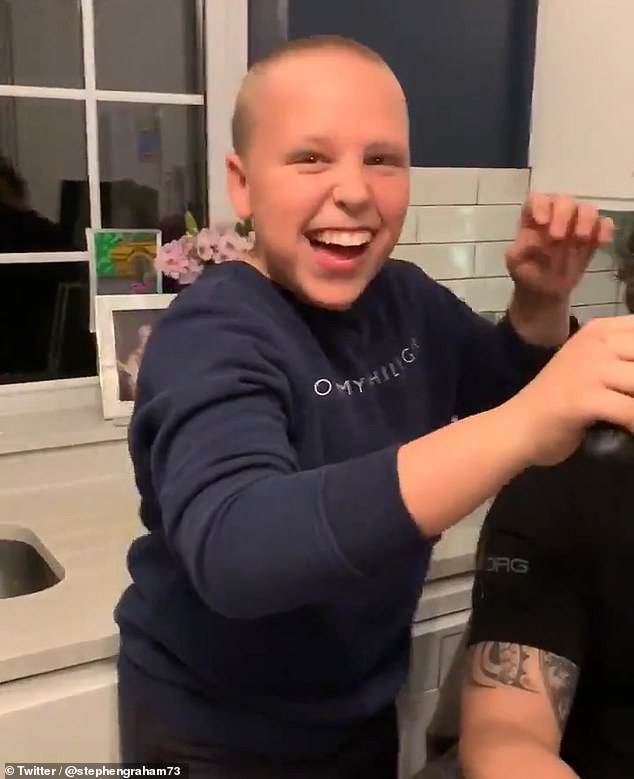 Stunned: The actor got a helping hand from his son Alfie, who took the electric clippers to his brown hair 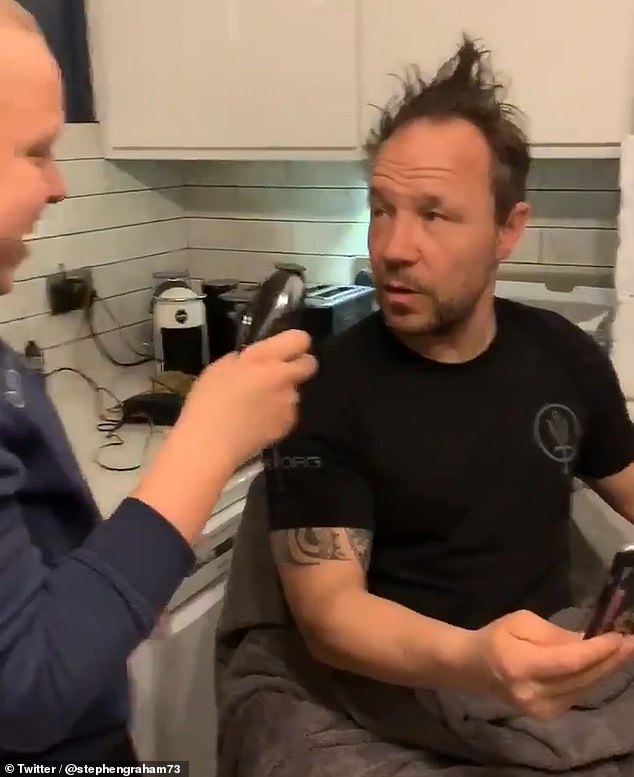 Transformed: Stephen documented the changing of his look in a video he posted to Twitter during the nationwide lockdown 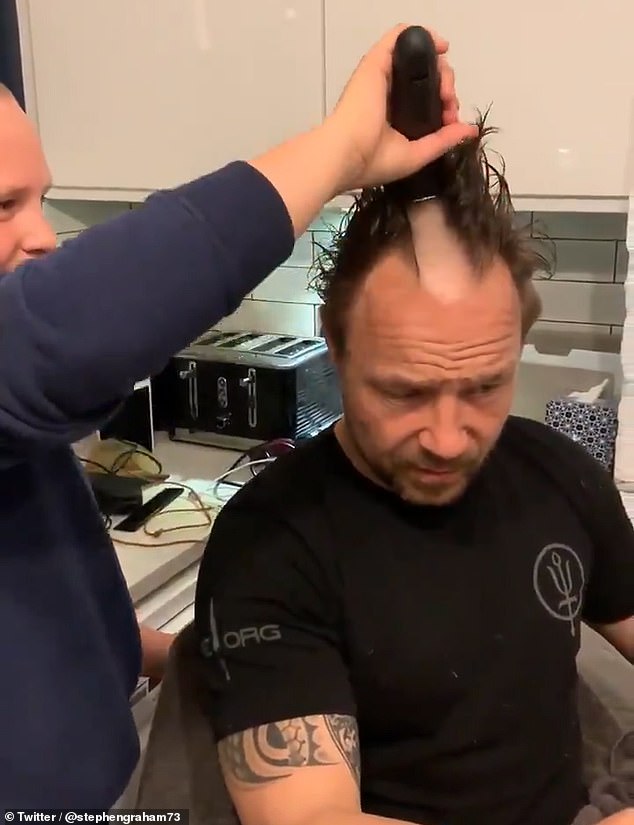 It’s gone! In the clip, even Stephen struggled to hide his shock as Alfie shaved off a patch of his hair with ease

The look was also eerily similar to that of his character Combo in the drama This Is England.

Stephen appeared in the fifth series of Line Of Duty last year, when his character was killed off in violent fashion.

The sixth series of the police drama began filming last month, but production was halted earlier this month due to the COVID-19 pandemic. 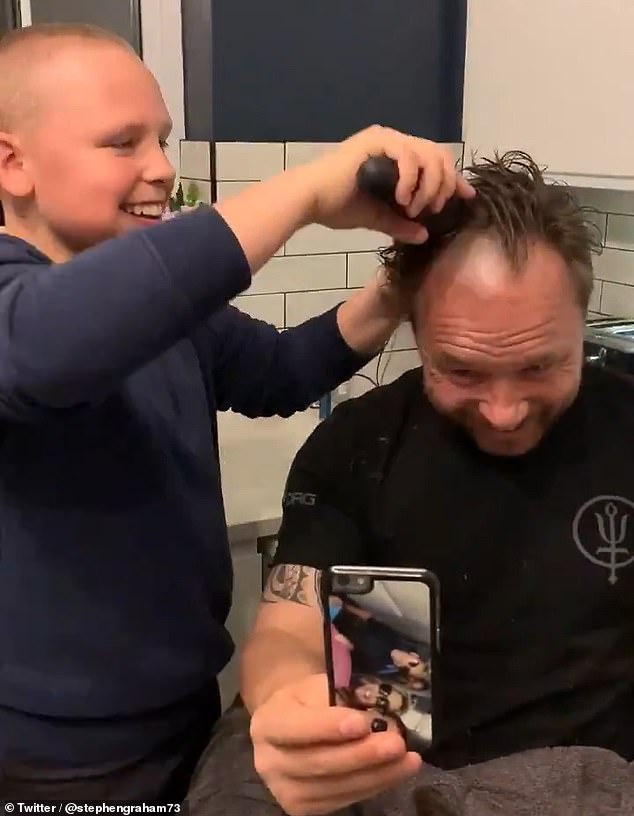 Getting a new look? Swearing in disbelief, the This Is England star settled in before having the rest of his hair removed 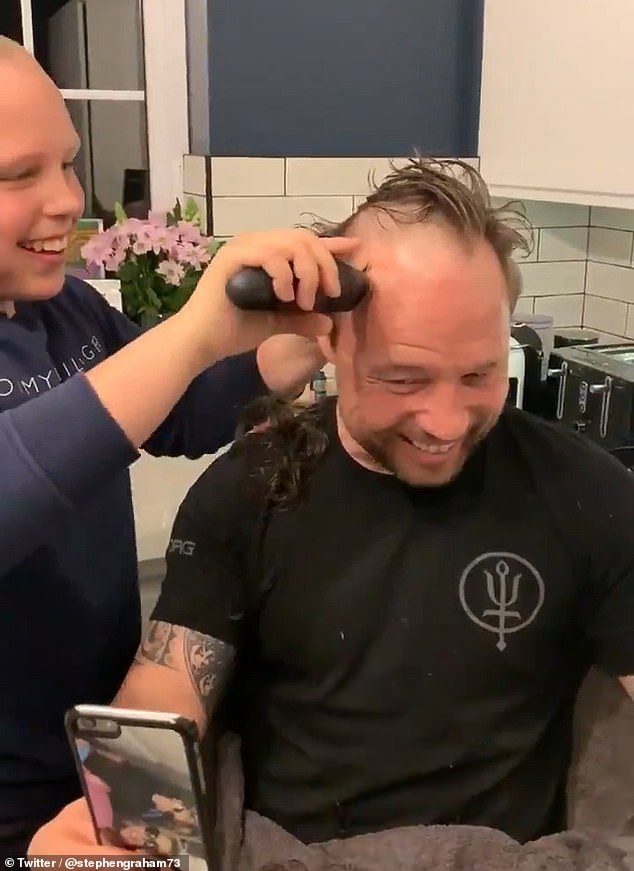 Be careful! He reminded Alfie to take care he didn’t miss any patches as he ran the clippers across his head

Coronavirus has already wreaked havoc with the television industry with a slew of other shows forced to stop their filming, including Loose Women, Coronation Street, Emmerdale, Casualty and Holby City.

On Monday Prime Minister Boris Johnson confirmed that the country would be placed in lockdown for at least three weeks, to try and prevent the spread of the coronavirus.

Coronavirus was classed a pandemic by the World Health Organization (WHO) earlier this month, leading countries such as Italy, Spain and China to implement nationwide lockdowns.

Sporting events, music festival and other social gatherings have been either cancelled or postponed due to the crisis. 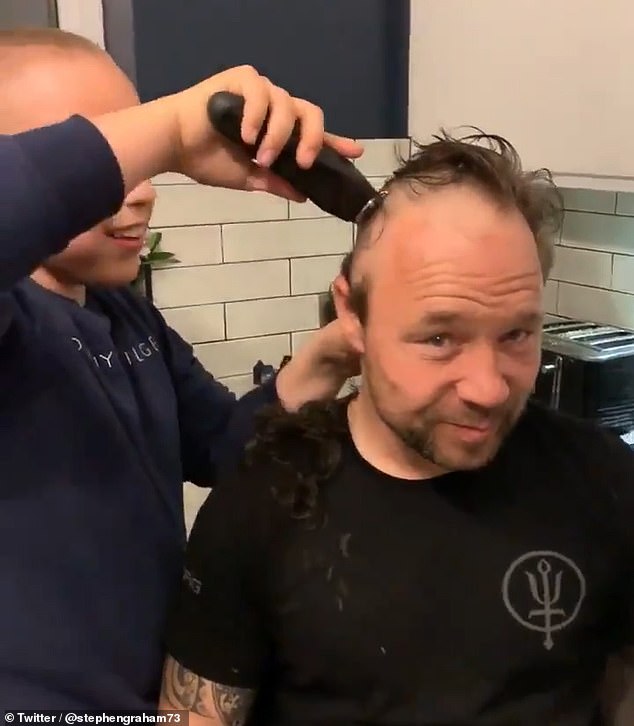