Maureen, 74, who lost her husband of 30 years to cancer in 2004, met her new partner 13 years ago but says she sees no point in getting wed. The mother of two, who still lives alone, believes the only reason young women get married these days is “for the dress”. She said: “It’s quite easy to be a single independent woman in this day and age and have loads of male friends and a partner you’re not married to. There are no obstacles to that.

“So I’m not quite sure of the purpose of marriage for me. I don’t need anyone’s money, or their house. What would be the point?

“Marriage is basically a religious commitment and always was. I never quite understand why people even want to get married these days – I suspect it’s mostly about the dress…”

The Coronation Street star, who lives in Paddington, west London, while her partner, retired Italian businessman Guido Castro, lives in Gerrards Cross, Bucks, admits her forthright opinions can get her into trouble.

She says she’s abiding by lockdown despite being “anti-authoritarian” and has been banned from social media by her children “in case I get beheaded by someone”.

Maureen laughs at the current predicament of those women who have been dying their hair to cover up the grey, while she embraced that years ago.

She said: “Staying grey has been a real freedom from tyranny. I embraced it and I love it – it’s the best thing I ever did. Otherwise I’d be dabbing stuff on my hair now and coming out magenta with a pink scalp.” 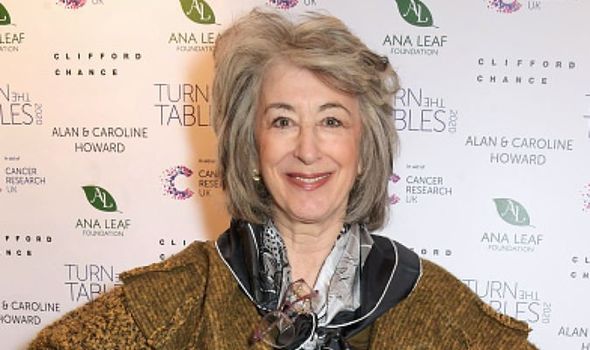 Despite being in the “vulnerable” category due to her age, Maureen is desperate to get out and start contributing to society as she’s convinced she’s already had a form of coronavirus.

She added: “I believe myself to have had a mild form of coronavirus masquerading as a fortnight’s persistent cough, with attached fatigue and sweats.

“If I did have it, then I flung my viral breath cheerfully around the Coronation Street corner shop at anyone who popped in for a bag of crisps and a confrontation. Who knew?

“I am pondering how, if I could get my antibodies tested, I could be more useful in society. As right now I really don’t know how to contribute.”

Before meeting Guido, Maureen said she got over the death of 72-year-old screenwriter husband Jack Rosenthal, who worked on Corrie, by watching episodes of American comedy Curb Your Enthusiasm.

She said: “After Jack died I watched two Larry David shows a day with my children, Amy and Adam, and we just laughed ourselves out of our misery.”