Good Morning Britain host Piers Morgan, 54, took to Twitter and hit out at Kirstie Allsopp, 48, after she took aim at being trolled following the coronavirus pandemic. The Channel 4 presenter previously made the decision to move her family to Devon to self-isolate after her partner Ben Andersen tested positive for coronavirus.

In view of her 411,000 Twitter followers, Kirstie wrote: “During this time of national crisis many families had difficult choices to make in a rush, with minimum information.

“But we did what we thought was sensible and we did not break any rules or regulations that existed at the time.”

The property expert later hit out at being trolled for moving her family between homes, and was called out by GMB presenter Piers.

“Kirstie, you’re rich, privileged & isolating in a lavish country home with your family,” Piers wrote in view of his 7.1 million followers. 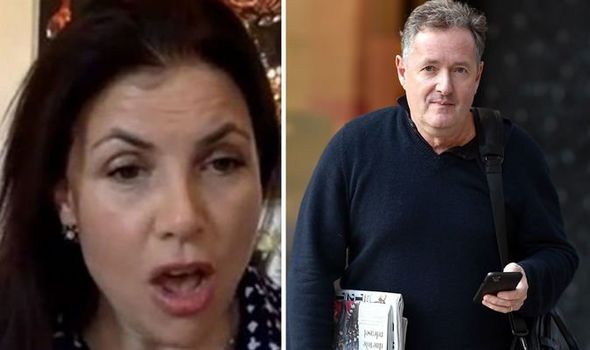 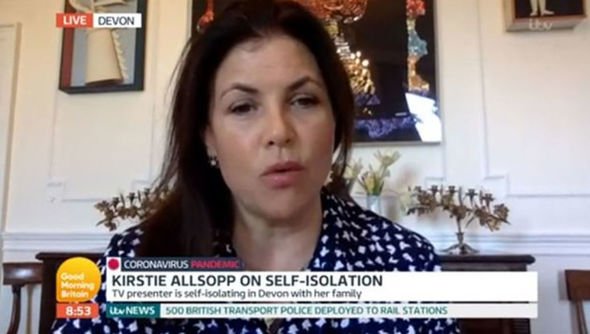 “Maybe stop making this crisis about your struggle with trolls & direct your energy into rallying support for NHS workers risking their lives for us all in very dangerous circumstances?”

The TV star was left furious, and called Piers a “total b*****d” for retweeting her message to his millions of followers.

She tweeted: “You total b*****d there was NO need to Retweet that to your millions of followers, it was totally unnecessary and unkind thing to do.”

Kirstie previously explained that she did not flee to the family’s holiday home after they became sick. 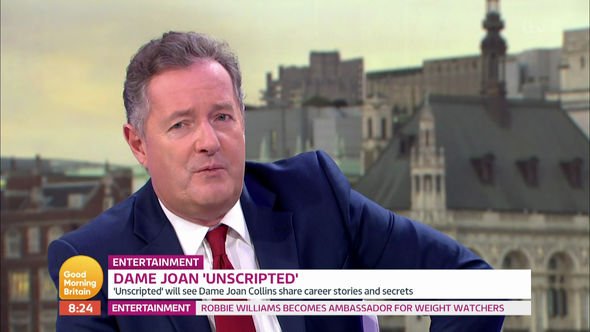 She told Metro: “We thought, what do we do? Do we go to the place which already has food in the freezer, already has stuff, you know, I got more loo roll in this house.

The Channel 4 presenter added: “So I didn’t need to go out and buy more paracetamol or take anything from anybody else. I have all that I need here.

“So when we got this obviously worrying diagnosis, we came to the place where we were safest where the dog could be walked, without going outside.”

Yesterday, Kirstie spoke live from her home in Devon, where she got into an on-air row with Piers over his “anger” during the COVID-19 outbreak.

Kirstie claimed it was important to be “calm and sensible” with the nation in lockdown – but Piers reminded her that “people are going to die”.

The pair became embroiled in a tense stand-off but the GMB music began to play while Kirstie was trying to make a point.

Piers asked: “You don’t want me to challenge government ministers about this nonsensical farcical mixed message?”

Kirstie replied: “If you are too angry…” but was unable to finish her sentence.

Piers claimed that it was not intentional but they had to go to an advert break.

He said: “We didn’t play that deliberately there, Kirstie. We’ve run out of time. I don’t like cutting her off like that.”

This is not the first time the presenters have been involved in a heated exchange.

Both Piers and Kirstie have been going back and forth on Twitter in tense discussions over the coronavirus outbreak this month.