Safety first! A lot will change once Prince Harry and Meghan Markle officially step down from their royal duties on March 31, including their royal security detail.

“Ultimately you lose the support network that is in place around both principals at the moment,” former royal protection officer Simon Morgan told Us Weekly exclusively in the latest installment of Royally Us.

As it stands now in the U.K., protection for senior royals is made up of the U.K. law enforcement, which is the police service responsible for the Royal family and within that group, the Metropolitan Police service. 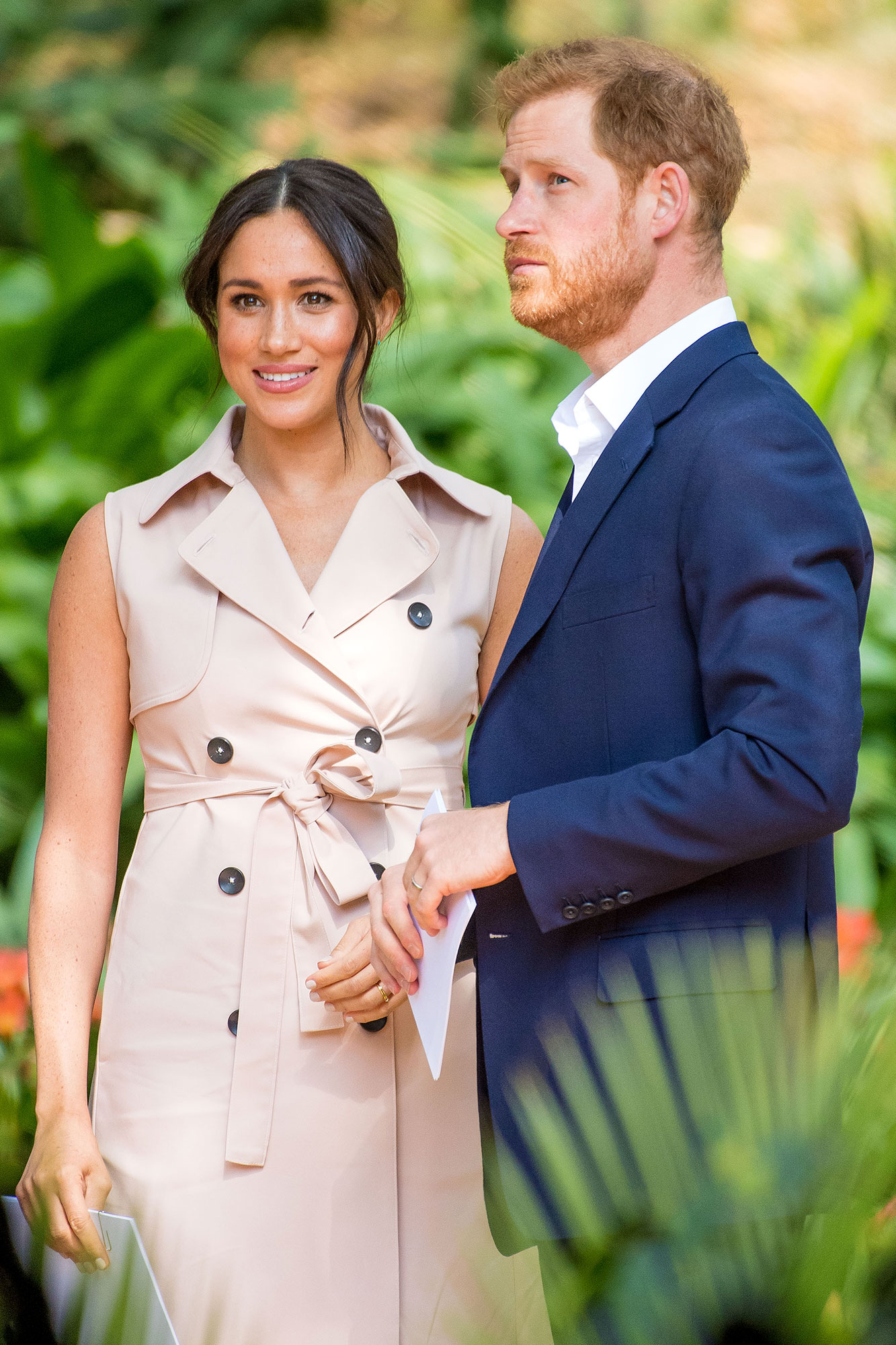 “You have warranted police officers. You have the security services that all dovetail into each other to create that protection package that’s replicated on a local scale with regard to London, then a national scale within the U.K.,” Morgan explained to Us on Wednesday, February 26. “And then a global scale around global law enforcement and security services throughout the world.”

Following their part time move to Canada in January 2020, the Canadian government funded a temporary security team to assist the couple. As of March 2020 that will change.

“The Duke and Duchess of Sussex choosing to relocate to Canada on a part-time basis presented our government with a unique and unprecedented set of circumstances,” a statement from Public Safety Canada to Us on Thursday, February 27, read. “The RCMP has been engaged with officials in the U.K. from the very beginning regarding security considerations. As the duke and duchess are currently recognized as Internationally Protected Persons, Canada has an obligation to provide security assistance on an as-needed basis.”

The statement continued, “At the request of the Metropolitan Police, the RCMP has been providing assistance to the Met since the arrival of the Duke and Duchess to Canada intermittently since November 2019. The assistance will cease in the coming weeks, in keeping with their change in status.”

Buckingham Palace said on January 18 that they would not “comment on the details of security arrangements” in regard to the couple. “There are well established independent process to determine the need for publicly-funded security,” the statement read at the time.

Once the family does end their current duties for the royal family and are no longer working members, as outlined last month, there will be a security shakeup of some sort.

“You basically lose the immediate connection that [one] has if their security is no longer provided by the Metropolitan Police service,” Morgan, who worked for the royals from 2007 to 2013 added. “I do say if, because, obviously, we’re still in a bit of a flux at the moment and nobody quite knows how that’s going to look like going forward.”

No matter what the safety situation becomes once the pair’s new lives as non-royals begin — publicly funded or covered privately — Morgan said there will never be a time in which Harry, 35, and Meghan, 38, will not need some sort of protection.

“No, it is a very basic and positive answer,” he told Us about the possibility of the couple calling off all their security at some point.

Despite the fact that Harry’s mother, Princess Diana, famously decided to forgo a personal protection officer, and instead hire private security, based on the duo’s celebrity status they don’t have the same option. 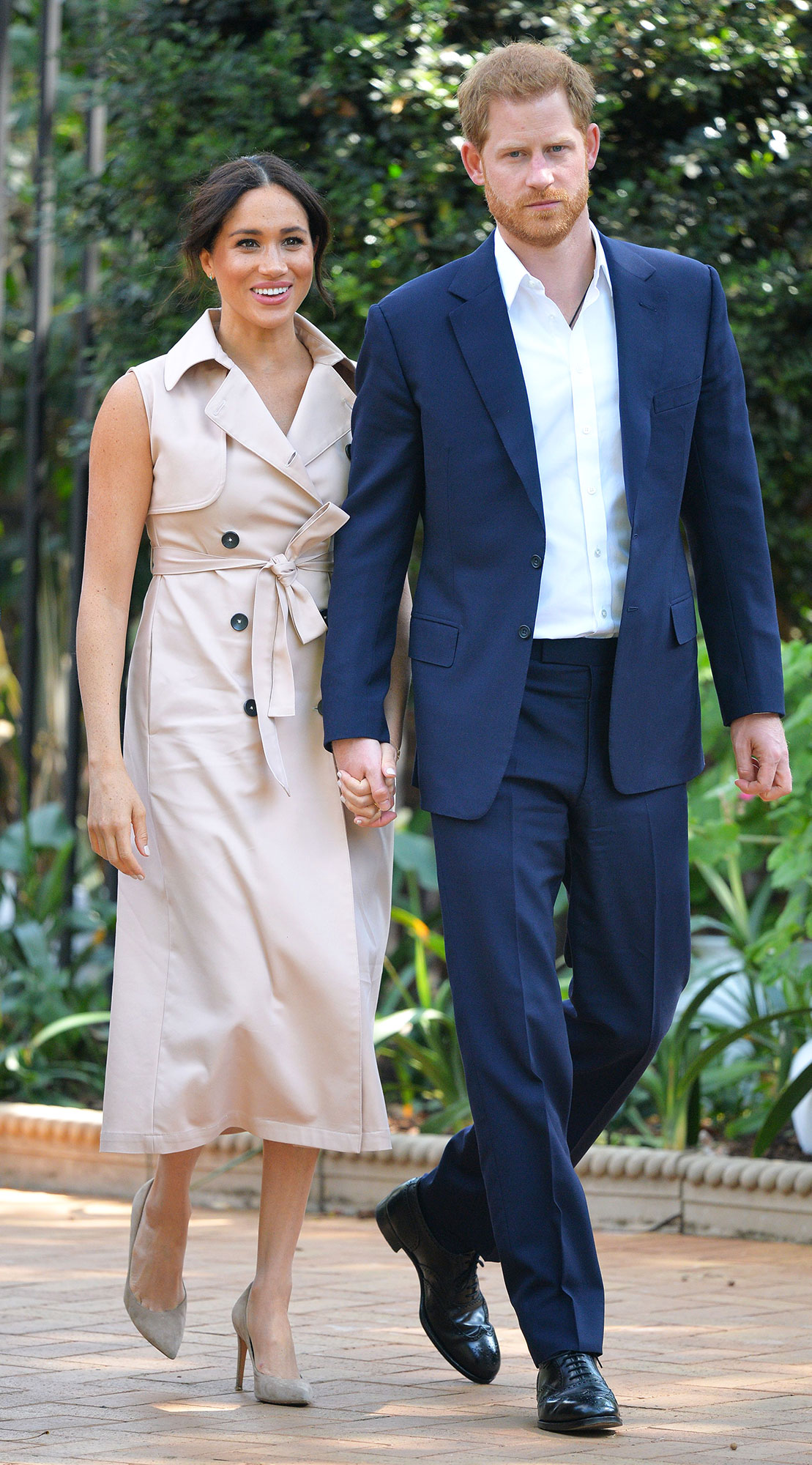 “You are looking at two global icons. You’re looking at a senior member of the British royal family. You’re looking at a war veteran who completed two operational tours of Afghanistan,” Morgan pointed out. “The threat level against that particular individual is extremely high. So, therefore when you put it all together and you look at the associated risks of being a member of the royal family — the terrorist threat around that, whether it be religious or political — the single issue causes that will also look to gain some form of advantage by possibly attacking those particularly in schools, and then the fixated threat, as well.”

He added: “The threat is a real, large phenomenon certainly within the royal family and within the entertainment industry, as well. That threat isn’t going to go away.”

Tags: Expert:, Prince, Royal, Security
Related posts:
Best News:
Celebrity News:
Josh Brolin Goes Shirtless While Leaving the Beach on July 4th
Morgan Stewart and Jordan McGraw Are Engaged: See Her Ring
There's 1 Kardashian That Doesn't Look Like Either of Her Parents and Fans Can't Get Over It
Prince William Visits a Pub as Lockdown Measures Ease in the U.K.
You may missed