HIGH street shops are slashing prices to rock bottom in an attempt to shift stock not sold due to the coronavirus lockdown.

Online sales have already started at John Lewis, Debenhams, New Look, H&M, M&S, and Next and when they reopen, these sales are expected to continue in stores. 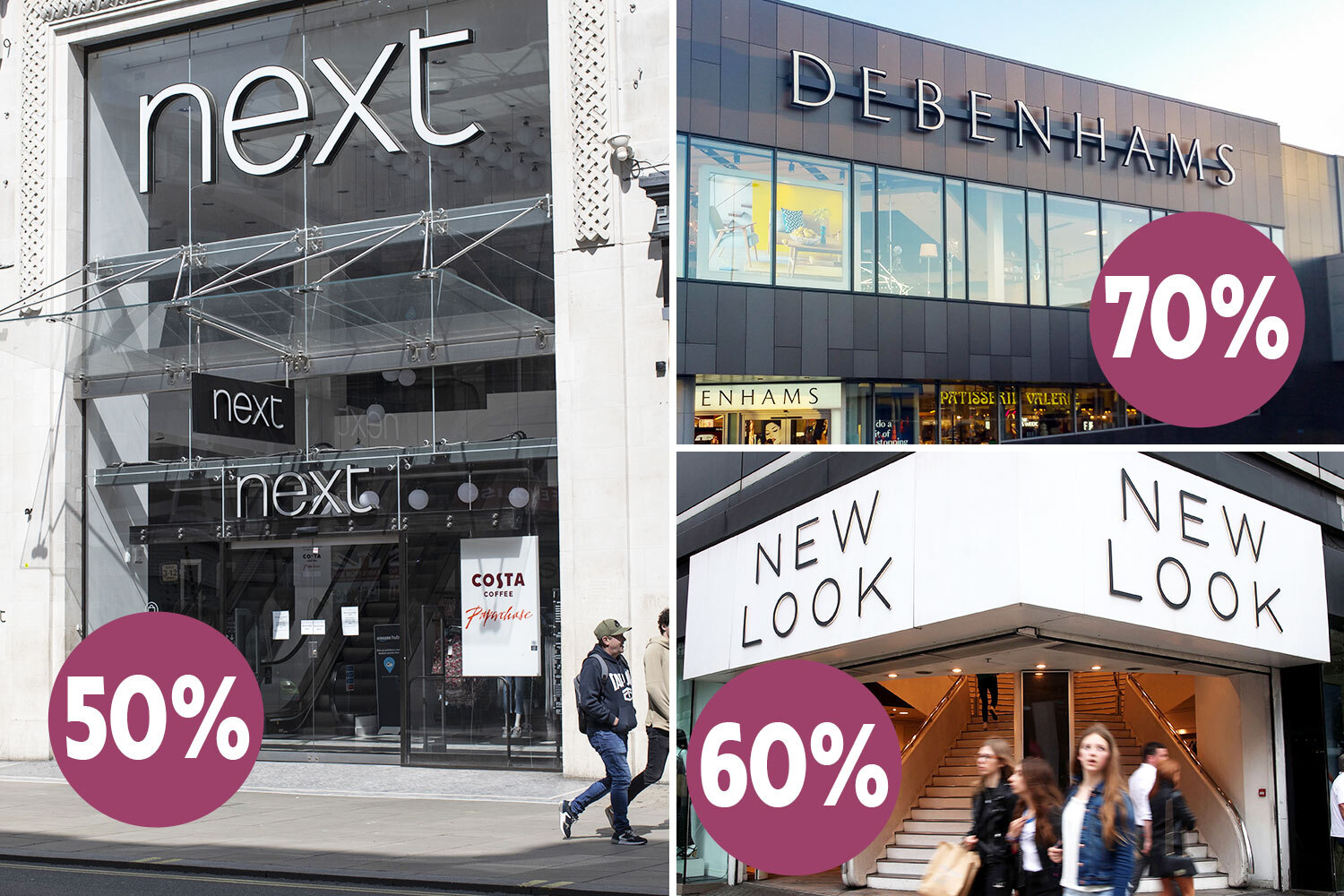 Most high street shops were forced to close their doors on March 23 when the Prime Minister Boris Johnson said non-essential businesses should close as part of the lockdown.

While some continued to sell online, others stopped sales temporarily including Next, which stopped all sales on March 26 over safety fears in its warehouses.

These shops are now preparing to reopen, following the Prime Minister’s announcement that all non-essential shops would open on June 15.

John Lewis has already confirmed the first 13 shops to reopen in June.

But because these shops were shut for so long, there is now around £15bn of spring and summer stock to clear.

Retail analysts have predicted discounts of up to 70 per cent off throughout July, August and September.

We list all the current online sales in the box below.

Debenhams, for example, has a huge-range of stock for up to 50 per cent off including mends, womens and kidswear and some sections, including men’s jackets, have up to 70 per cent knocked off.

While Next’s sale section boasts up to 50 per cent off, with a few items discounted beyond this.

These sales are all available right now

While many of the sales are advertised as up to 50 per cent off, if you look carefully you can often find discounts of over 70 per cent.

Spring mid-season sales are nothing new, but this year because shops have been shut since March 23, they now have a huge amount of excess stock to shift.

This means the sales are for longer and retailers are offering bigger discounts than ever before.

When shops do reopen they are expected to look very different with customers expected to use hand sanitiser before touching items, restrictions on the number of people in shops, and no changing rooms available.

A number of fast food chains have now begun opening to delivery and takeaway.

Pubs have also begun preparations for opening, including Wetherspoons.

While charity shops will have to quarantine stock for 72 hours before handling it to stem the spread of the virus.