The UFO or unidentified flying object was filmed during NASA’s sixth Moon landing mission, Apollo 16 in April 1972. Looking through the window of NASA’s Command Module spacecraft, an alien object appears to be flying over the Moon. According to NASA, the UFO has been described as “a saucer-shaped object with a dome top”.

NASA said: “Beginning their return from the Moon to an April 27, 1972, splashdown, astronauts John Young, Thomas Mattingly and Charles Duke captured about four seconds of video footage of an object that seemed to look a lot like Hollywood’s version of a spacecraft from another world.”

The UFO was recorded on a 16mm video camera, appearing in about 50 frames of the film.

NASA said: “The object appears momentarily near the Moon. 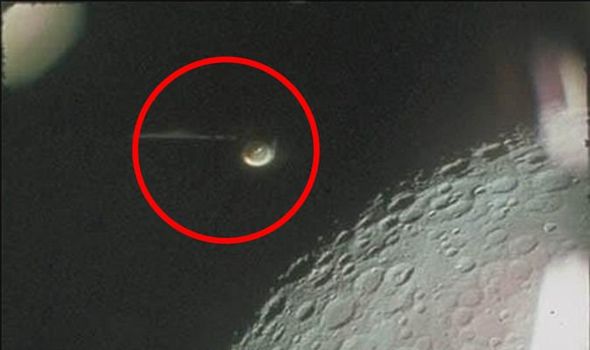 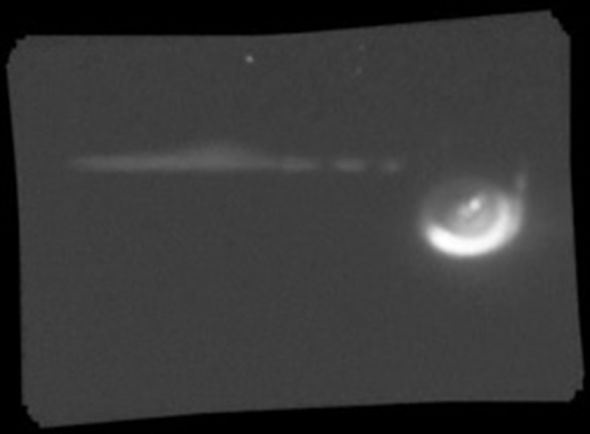 In total, the object was only seen for about four seconds through the Command Module’s window.

But the brief appearance was enough for alien enthusiasts to get excited.

UFO expert Donald Ryles said: “This footage, if it is authentic, is quite amazing.”

And according to NBC News, a 2003 article published in the Journal of Scientific Exploration concluded with Japanese engineer Hiroshi Nakamura saying: “We believe that the object is a large extraterrestrial artefact.

“This is the only hypothesis that is consistent with the data.”

However, NASA’s analysis of the supposed alien UFO is sure to disappoint many ET enthusiasts.

According to NASA, the object is not an alien UFO but rather an EVA or extravehicular activity floodlight boom sticking out of the Command Module.

A team headed by Gregory Byrne of Johnson Space Center’s Image Science and Analysis Group penned a report on the anomaly in 2004.

NASA’s experts digitised the Apollo 16 footage with high-resolution scans for a detailed analysis. 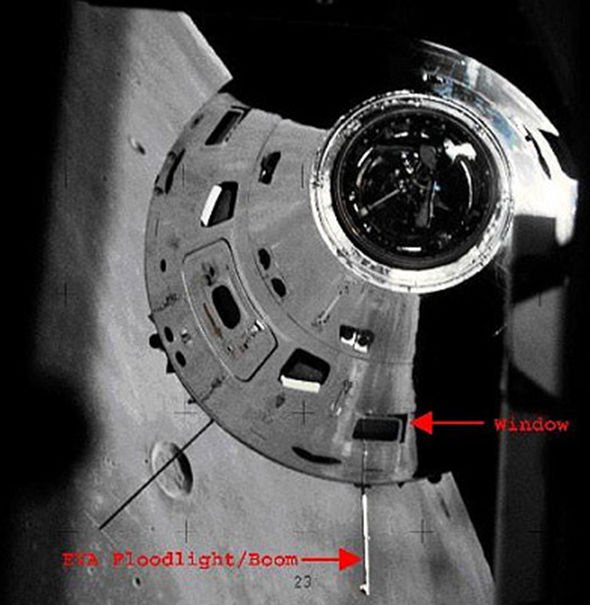 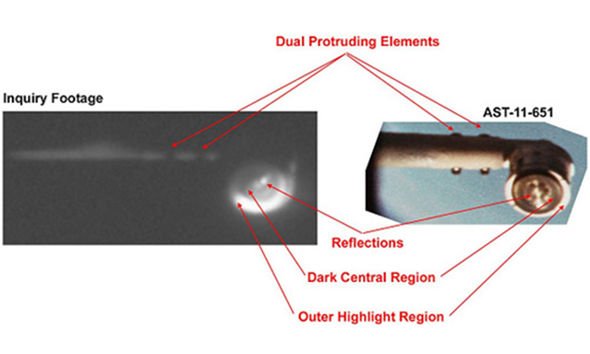 NASA said: “They stabilized images to correct for camera movement, and then aligned multiple frames in a sequence.

“One thing that showed them was that the object appeared to move slightly with respect to the Moon, because of parallax brought about by slight camera motions and the nearness of the object to the camera.

“The investigators also combined several frames in a sequence, to give them higher resolution and greater contrast than individual frames.

“The combinations showed them more clearly a ‘linear feature’ attached to one side of the object.”

The linear feature was found to be the pole protruding from the Command Module.

The findings were confirmed by looking through NASA’s Apollo image archives.

NASA said: “All of the evidence in this analysis is consistent with the conclusion that the object in the Apollo 16 film was the EVA (spacewalk) floodlight/boom.

“There is no evidence in the photographic record to suggest otherwise.”

Tags: headlines, science, space, weird
Related posts:
Best News:
Celebrity News:
There's 1 Kardashian That Doesn't Look Like Either of Her Parents and Fans Can't Get Over It
Prince William Visits a Pub as Lockdown Measures Ease in the U.K.
Lenny Kravitz To Release Memoir ‘Let Love Rule’ This Fall
Katie Holmes Shows Off Toned Tummy in Cute Boho Top in NYC
You may missed