Drugs baron, 73, dubbed ‘the milkman’ who smuggled £1billion of cocaine from Colombia into Britain is freed from jail early after serving half 30-year term despite threats he would die in prison

A drugs baron who smuggled £1billion of cocaine from Colombia into Britain has reportedly been freed from jail after serving just half his 30-year term.

Brian Wright, 73, was released from top-­security Whitemoor Prison in Cambridgeshire, on Tuesday, despite previously being warned he would die inside, The Sun reported.

Labelled the ‘Milkman’ by criminal pals because he always delivered, the Irishman was the boss of one of Britain’s biggest cocaine smuggling rings.

A source told the publication that the decision to release Wright was ‘highly unusual’ since he had not been transferred to an open prison first. 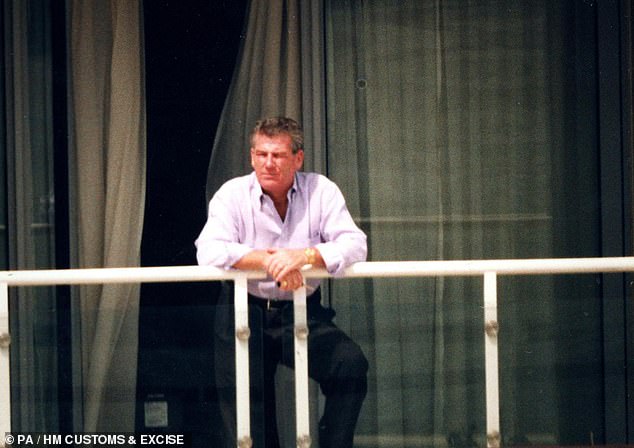 At the time of his sentencing in 2007, Wright’s barrister confessed in court: ‘He knows that he will probably die in jail.’

Wright, who is said to be living in a bail hostel now, was forced to pay up to £2.3million in ill-gotten gains before his release – but the crime godfather is worth an estimated £600million.

His release sparks fears he may now try to reestablish his criminal empire on the outside, according to the publication.

A source said: ‘When Wright was put away, everyone thought that would be it, including him. But it seems that the dice have rolled in his favour yet again.’

Wright was born in Ireland, one of nine children, and moved to England when he was 12, growing up in Kilburn, north London. 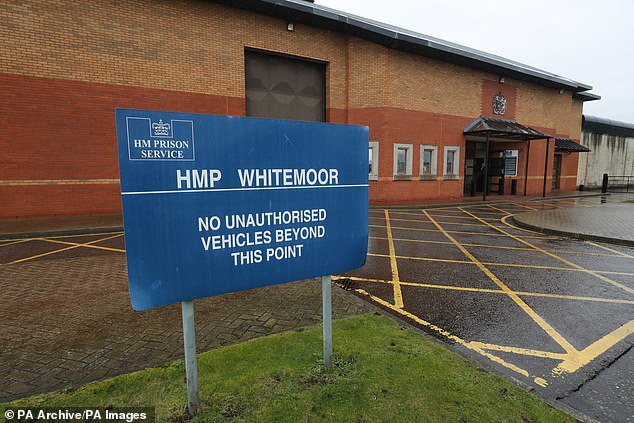 Wright, 73, was released from top-­security Whitemoor Prison (pictuerd above) in Cambridgeshire, on Tuesday

He built his criminal empire in the 1990s, dealing directly with Colombian cartels, before being arrested with MI6’s help in 2005.

Wright became one of Britain’s most wanted fugitives after going on the run in 1999 when 15 members of his gang including his son were arrested for smuggling cocaine into Britain on board yachts.

In 2005 an International Arrest Warrant was executed when Wright emerged near Malaga.

He was found living, according to Customs sources, as if he ‘did not exist’. He had no bank account or car and was not living at his own address. His passport was never found.

Wright’s appearance was unchanged and he had not adopted a false identity, but money was in place for his daily needs, Customs said.

Even after he was arrested, his love of gambling did not desert him: he attempted another cheeky wager, boasting that he would never be brought to trial and offering to bet £1 million against an officer’s £1 that that would be the case.

But he was found guilty and sentenced in 2007, after two years on remand.

Prisons could release some offenders to ease the pressure caused by coronavirus, a Cabinet minister has said.

Jails in England and Wales were put on immediate lockdown last night with all visits cancelled as it emerged thousands of staff were in self-isolation.

Jo Farrar, chief executive of the Prison and Probation Service, told the Commons Justice Committee that 13 inmates had tested positive for coronavirus with confirmed cases in nine prisons at present – although others were suspected to have been affected.

She said overall around 4,300 prison and probation staff were self-isolating at the moment. Some 3,500 were prison staff – representing about 10% of the workforce.

Around 50,000 protective masks have been delivered for staff to use and a ban on bringing hand sanitiser into the prison had been lifted.

Justice Secretary Robert Buckland did not rule out considering releasing prisoners when asked if this could help ease the pressure on prisons. 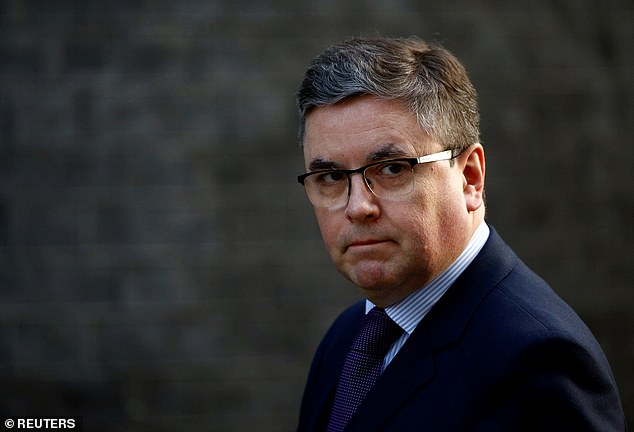 Mr Buckland told the committee: ‘I have to bring that as part of the equation.’

But he said that risk would ‘have to be considered’ as well as looking at options such as making use of release on temporary licence, bail accommodation and working out ‘what to do’ with some 9,000 prisoners currently on remand.

He explained that ‘quite a proportion of the estate where there is crowding – that presents a real challenge’ and many inmates were vulnerable or had underlying health conditions.’

There are hopes to roll out tests for Covid-19 to staff in self-isolation, MPs sitting on the committee were told.

The news comes after concerns were raised about conditions at HMP Holme House in County Durham.

A source said there was a lack of protective equipment for staff as well as a shortage of soap and cleaning products.

Lockdown measures inside jails will include: