PHILLIP Schofield has said that "talking saved" him after coming out as gay as he shared an emotional story about mental health on Twitter yesterday.

The 58-year-old's candour comes as he shared the fundraising efforts of grieving mother Alison Watson, who tragically lost her son Morgan to suicide on May 17. 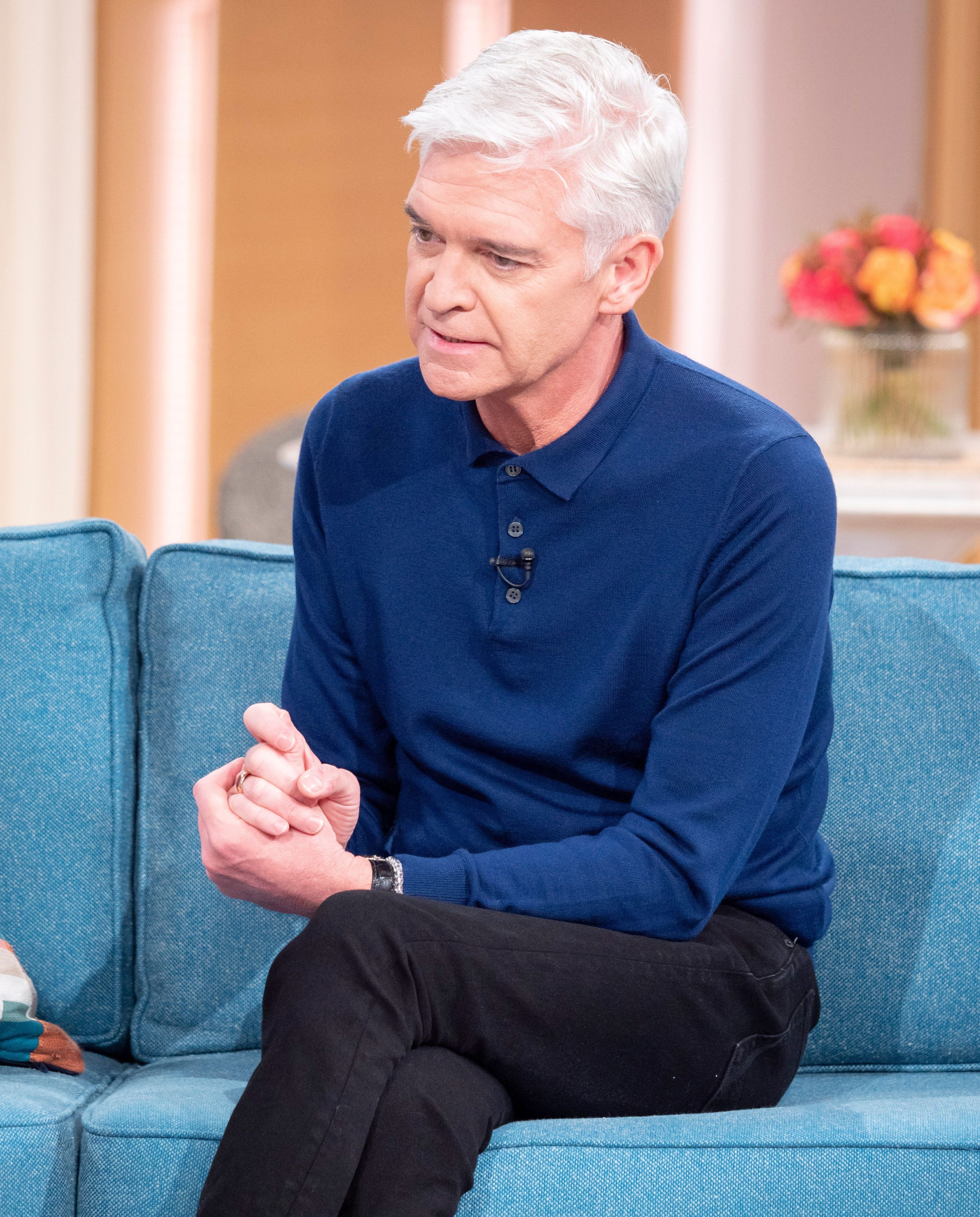 Alison said on her JustGiving page that she and her family hopes to raise much needed funds for mental health charity Guernsey Mind to prevent male suicide following their heartbreaking loss.

She wrote: "We are heartbroken at his loss and have started this fundraising page in the small hope that we can prevent others suffering as we are losing someone they love as we love Morgan so much.

"Our hearts are breaking. Talking to whoever is so important for everyone, especially young men."

The cause struck a chord with Phil, who shared the fundraising page on his social media while discussing his own battle with mental health.

"Another heartbreaking story," he penned. "There is strength in talking.

"Please don’t try to fight your head on your own. Talking saved me #bekind #talk".

In February, Phil revealed how covering up the fact he was gay plunged him into a ­dangerous depression in an interview with The Sun on Sunday. 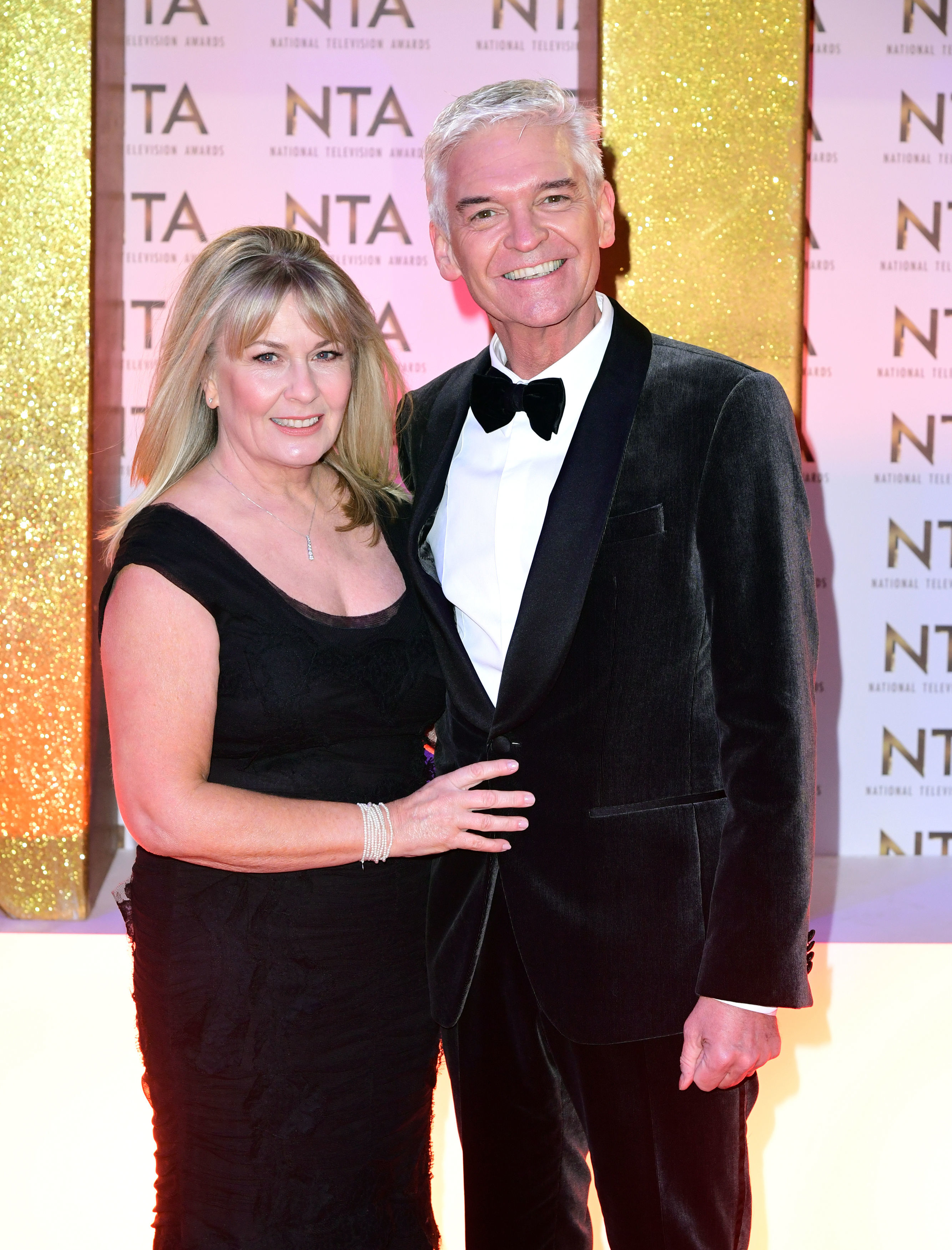 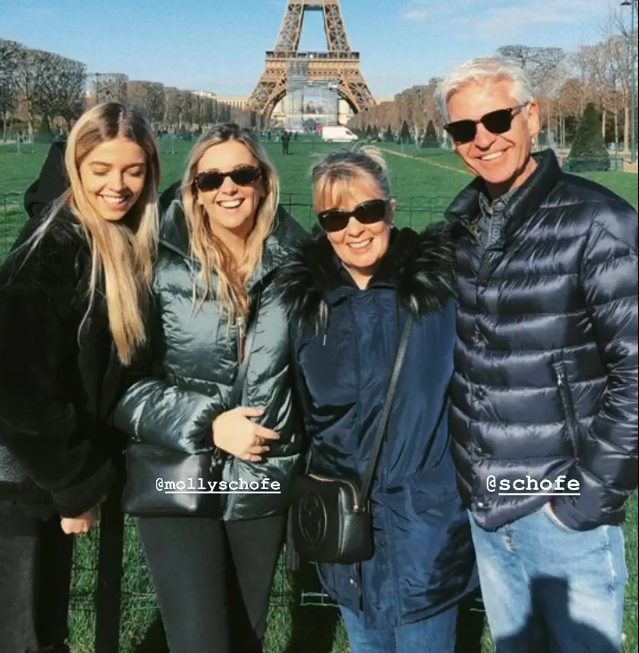 And the TV star bravely admitted he was pulled back from the brink of suicide by the strength of his loving wife Steph, 56, and their daughters Molly, 26, and Ruby, 24.

Phillip said: "There is no doubt living with this kind of secret can take people to the darkest of places.

"And there is no question for me it got very dark, because it felt hopeless. 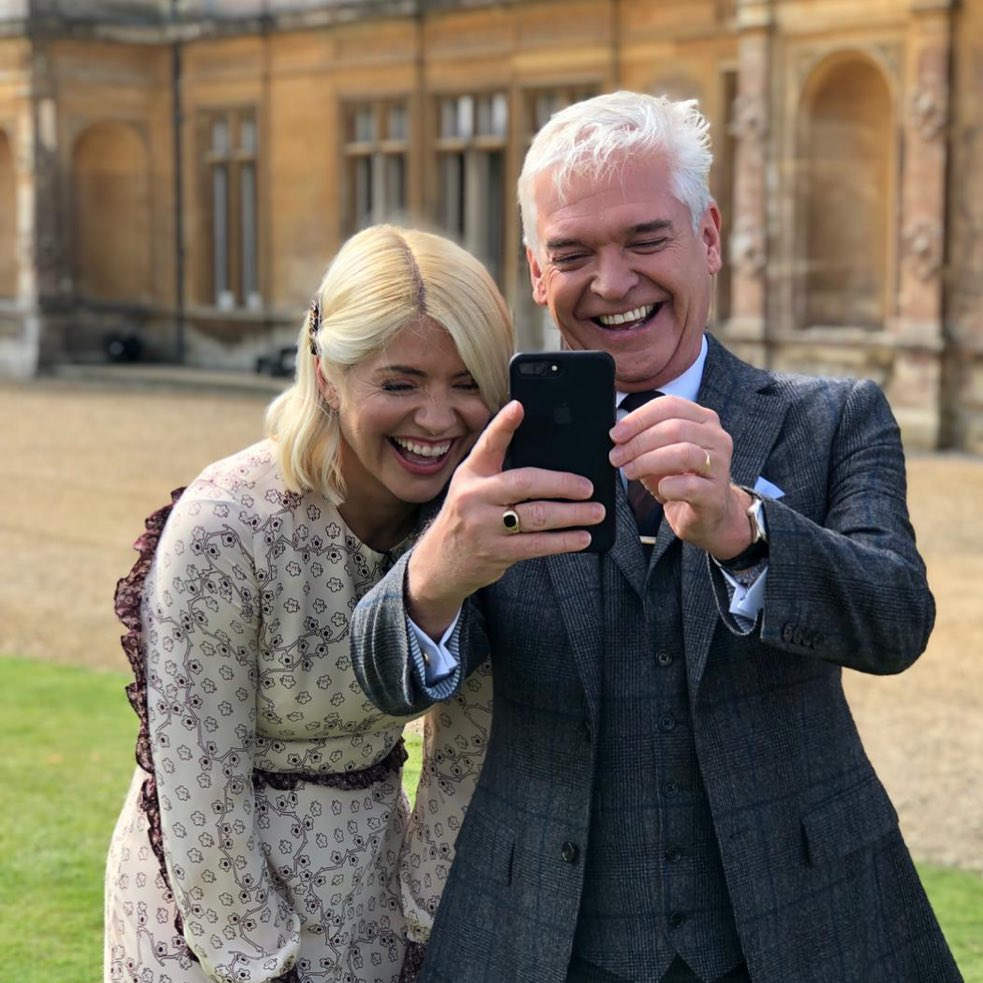 "There is no question, in those moments, when I couldn’t see a way forward, it was Steph and my girls — through their strength — who hauled me back," he continued.

"But I understand completely why so many men and women in this country get to the point of suicide.

"I had Steph and I had my girls and I don’t think I could have left them like that. But if I hadn’t have had their support, then who knows?"

Famed for his sunny TV persona, few could have guessed at the ­private turmoil Phillip had been battling for so long.

The ITV host admitted harbouring the explosive truth about his sexuality was beginning to cause him psychological harm and sought ­professional counselling to deal with his anguish.

Since announcing his sexuality in February, Phil has become an advocate of mental health and recently joined a wealth of fellow ITV stars for a worthwhile campaign on the broadcaster for Mental Health Awareness Week.

Phillip Schofield has been left feeling embarrassed after fans were convinced he farted during a live segment on Monday morning's show.

The 58 year old This Morning presenter was pranked by his co-host Holly Willoughby, who was the culprit behind the suspicious noises, as he did a series of yoga stretches in a live demonstration.

While he stretched away, a windy noise can be heard and Holly, 39, was seen laughing away in the background.

One wrote: “Cheeky fart from @schofe there #thismorning,” above a clip of the moment which the user had filmed from the TV from their phone.

Another quizzed: “#ThisMorning someone just fart?” As another said: “Sorry but I am 100% sure that I heard a fart…!!!!! #ThisMorning”.

While others thought it was the yoga instructor who was the guilty party as one asked: “This morning yoga ?? Did she just fart ?”

Another asked: “So did the old lady fart or was Holly making fart noises? #ThisMorning”

And a third said: “Did that yoga lady just fart live on TV? #ThisMorning”.

After the segment finished, Phillip, who has reportedly moved out of his marital home, sat back down and demanded to know why Holly was so amused.

The stunning blonde, who went makeup free over the weekend to show off her new vegetable patch, confessed: “I just got the giggles because, in my own head, any time anybody was bending over… I just… I was putting all my fart gag noises and it was absolutely tickling me.”

She then burst into laughter and added: “That is never not funny.”

Looking gobsmacked, Phillip added: “I was wondering why you were just sitting there laughing!”

Holly then instructed viewers: “Watch it back and do it yourself it’s really good fun.”

But, Holly’s explanation appeared not to convince to everyone as Phillip wanted to clear up any speculation that he had farted later in the show.

After they returned from a break Phillip said: “We need to address it,” and Holly confessed: “I kept thinking what would happen if he were to fart. So I made a noise.”

Admitting he had no idea about the prank at first, Phil confessed: “I got a text from my brother asking: ‘There was a fart noise? Was that you?’”

Phillip then insisted: “No! Holly did it with her mouth… It is all over Twitter!”

Cracking up again, Holly burst out with: “It is never not funny!” On Tuesday's episode of This Morning, hosts Phillip Schofield and Holly Willoughby welcomed some talk on topics that weren't related to the coronavirus.

Social distancing, sitting at opposite ends of a table, they spoke to a home organisation expert who had plenty of recommendations on how to get the most out of your kitchen storage.

She had jars glued to the tops of cupboards and plenty of other tricks to keep your kitchen cupboards organised – but Phil found the whole thing hilarious.

As the segment came to a close, he was in tears from laughing so much, before he revealed he'd had a bit of an accident too.

The 57-year-old joked he was "well and truly sanitised".

Viewers at home were loving the moment of light relief, rushing to Twitter to thank Holly and Phil for the welcome distraction.

One tweeted: "Loving Phil and Holly, keeping us laughing, please stay on air for as long as is safe to do so."

Another wrote: "No word of a lie Holly and Phil keeping us laughing during all this! Mam and I pure crying over Phil and this kitchen bit."

A third said: "Oh the many expressions of Schofe. Some of those faces he was pulling at jars being glued to the top of a cupboard were brilliant. What's to feel sad about when the lovely Phil is on the tellybox?"

And someone else added: "Oh Holly and Phil you have made my day. I've been sitting on the sofa laughing my head off at you guys."

This Morning airs weekdays at 10am on ITV

Holly Willoughby and Phillip Schofield filmed themselves doing their own makeup as staff on the show self-isolate at home amid the coronavirus outbreak.

The TV duo revealed they have been taking safety measures to continue with the show, including their team no longer coming into work.

Phillip, 57, took to Instagram to reveal he had done his own makeup for the first time as he filmed his co-host Holly, 39, doing the same. Filming himself in his dressing room, the presenter told fans: “Well, this is a first. No glam squad now, I’ve just made myself up.

“Do I look alright?,” he asks Holly, who responds: “I think you look like you. Do I look like me?”

“You’ve done yourself too, it’s just the two of us. Normally this makeup room is a hotbed for gossip and goodness knows what. There’s no teams now, but the gossip is still going!,” Phillip then joked. It comes after the stars of the show revealed that it’s “hanging on by the skin of its teeth” without a number of staff members able to come to work.

Philip said during the show last week: "Saturday Night Takeaway, for the first time ever, will go out on Saturday night without an audience. It's just, umm, it'll be a very different show without any noise.

"That goes for Casualty, Holby and Doctors," he said as everyone replied in unison: "Wow."

The TV presenter continued: "It's bound to happen, I mean everyone – we're all holding on by the skin of our teeth."

Another show to be affected by the coronavirus is Celebrity Juice, which suddenly told the audience to leave while filming after Prime Minister Boris Johnson's recent announcement about social distancing.

Among those who fled the set was Holly, who immediately left the studio after her pal Keith Lemon said he was feeling under the weather.

The blonde-beauty allegedly felt it was best to stay away from the set amid the Coronavirus outbreak currently sweeping the globe.

Keith, whose real name is Leigh Francis, said he was running a high temperature and had a cough before filming his usual show.