Good Morning Britain has been working hard to bring original content and exclusive guests to the show since the UK’s lockdown. Every day, many panellists are brought onto the ITV show via video link, and today was no different. This morning saw hosts Kate Garraway and Ben Shephard speaking to Adrian Chiles and Edwina Currie.

However, in the middle of the interview, Ben and Kate noticed a man was descending the stairs which were situated behind Edwina.

Kate pointed out: “Edwina, I think a member of your household has just come downstairs.

“You might want to check they are dressed because they might not realise they’re going to be live to the nation!”

As everyone on the phone call laughed, Ben pried: “Who’s that lurking behind you?” 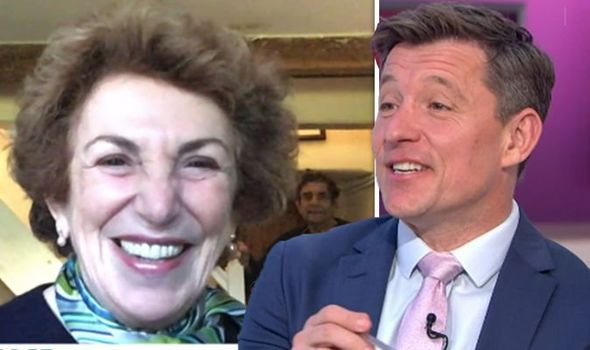 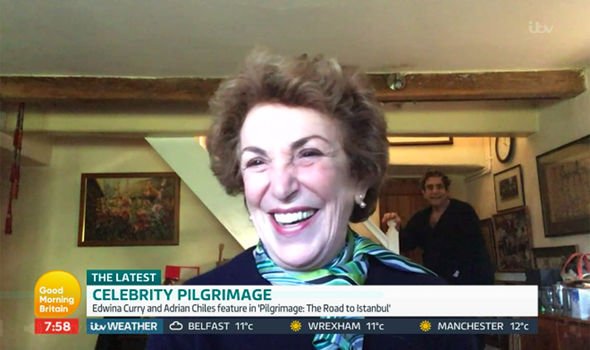 Edwina responded, chuckling: “That is former detective super intendant John Jones from the MET – who had his birthday yesterday.”

Positioning her head in front of the camera to cover him up, she added: “I’m kind of trying to hide him!”

“Yes, he looks very suspicious lurking behind you,” Ben added. “I’m assuming he was never undercover because he’s pretty useless so far!”

Kate pried further, demanding answers: “What is going on? Why is he there, Edwina?” 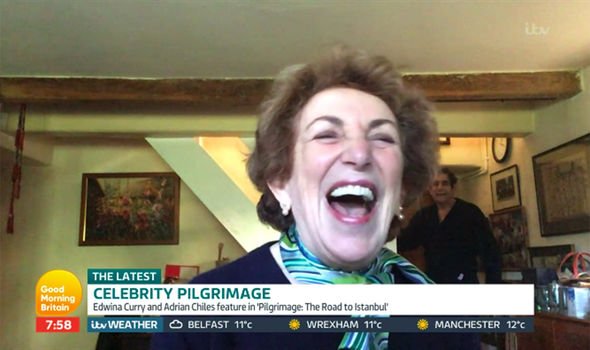 Prompting the former politician to respond: “I don’t think he understands what Skype is all about.”

Kate queried: “Does he think it’s a telephone call, and he’s strangely invisible?” to which the man shouted: “Yes!”

The hosts then pushed past this hiccup, and went back to Adrian – who clarified things for viewers, as he pointed out: “I don’t think Edwina mentioned: She’s actually married to that man!”

Fans of the show were beside themselves, as they spoke out on Twitter, with one writing: “Bloke coming down the stairs looking dishevelled in Edwina Currie’s house, hope it’s her husband #GMB.”

Another asked: “Was the guy behind Edwina Currie doing the walk of shame? #GMB.”

With a fourth announcing: “Edwina Curry looking guilty as charged #GMB #goodmorningbritain @GMB,” alongside a slew of suggestive emojis.

Earlier in the show, Iain Dale dropped a blunder himself, as he made a lewd comment during his chat with the hosts.

Referencing something guest Jacqui Smith previously said, he announced: “Can I just say something about what Jacqui said about her caravan?

“Because if there’s one thing she’s taught me over the years, is that if the caravan’s a-rocking: Don’t come a-knocking!”

Good Morning Britain airs weekdays at 6am on ITV.