USA Network series Queen of the South season five saw production stopped earlier this year. Filming on season five ground to a halt in March two episodes in. There’s no word yet on when filming will be resuming but the scripts for the new series have been completed.

Will Teresa be plunged into danger in Queen of the South season 5?

WARNING: This article contains spoilers from Queen of the South season 4

The fourth series served as a reboot of sorts with duo Ben Lobato and Dailyn Rodriguez taking over as co-showrunners after Natalie Chaidez stepped down after two seasons.

Queen of the South saw the action shifting from the border and into New Orleans, bringing with new cultures and a distinct new flavour.

Rodriguez, who is Cuban-American, and fellow showrunner Lobato, who is Mexican-American, wanted to bring a “pan-Latin” element of Queen of the South with its move to New Orleans.

Both the writers carried out masses of research while devising the scripts for season four. In fact, Rodriguez’s father served as the inspiration for Miami drug smuggler and Teresa’s rival Raul “El Gordo” Rodriguez (played by Pêpê Rapazote). 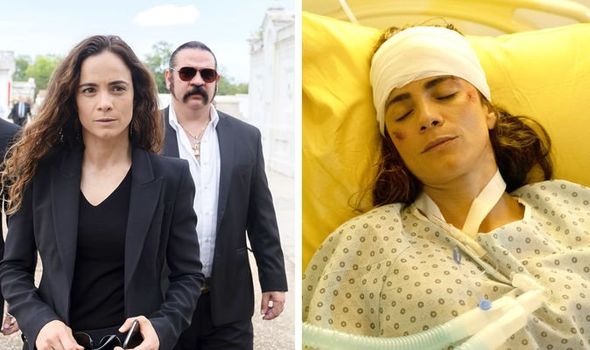 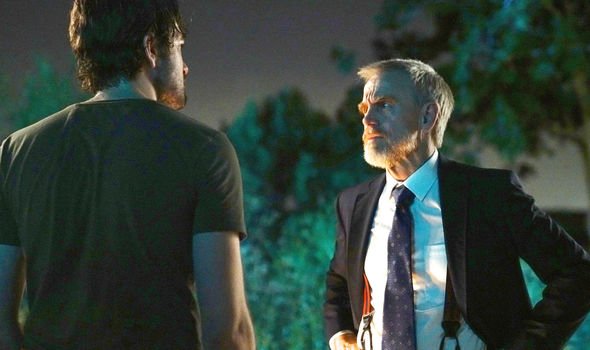 She also struggled to contend with her nemesis Judge Cecil Lafayette (David Andrews) as she tried to run her operations in New Orleans.

Fans can expect more of the same going forward from Rodriguez and Lobato as Teresa plans to expand her business across the East Coast.

Express.co.uk spoke exclusively to co-showrunner Rodriguez about what fans could expect from the new series of Queen of the South. 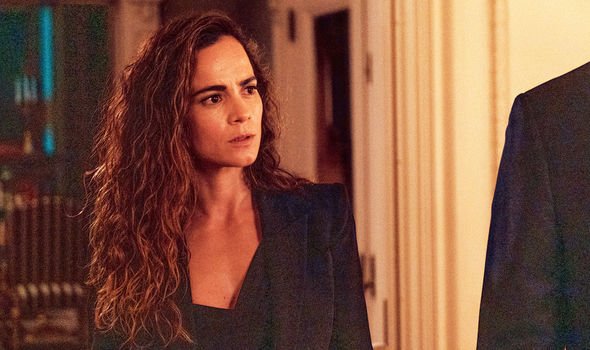 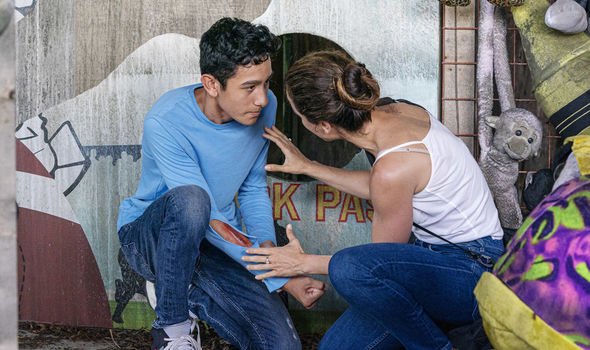 Rodriguez teased there was much to come, saying: “She’s going to go up against another sort of formidable foe in season five.

“The Judge is still part of the show but there will be a shift early to mid-way in the season – a bigger bad guy, so to speak. Bigger and badder than the judge.”

She also shed light on Teresa’s arc after the businesswoman was left physically and emotionally bruised from an attack by her enemies while on a trip to Nashville.

Teresa had been hoping to take a day out from the game and spend time with her musician boyfriend Eddie Brucks (Bailey Chase), however it was a disastrous decision after she was nearly executed.

Upon returning to New Orleans, Teresa ended things with Eddie after realising she could never have a normal romance while living a life of crime.

“There are too many variables that she can’t control. People always trying to hurt her, trying to take out people that she loves.

Along with Teresa facing a new antagonist and trying to retain her own moral compass, Rodriguez seemed to hint James Galvez (Peter Gadiot) could have a role to play after making a shocking comeback.

She said: “At the end of season four, we know James is back and James in the show for all of season five. I can’t really give you more than that but he’s there.”

Just what James will be up to remains to be seen, but with the dearly departed Javier Jimenez (Alfonso Herrera) going out in a literal blaze of glory, Teresa will need to shore up all her assets as things becoming more dangerous for her.

Tags: celebrities, entertainment, h, tv
Related posts:
Best News:
Celebrity News:
There's 1 Kardashian That Doesn't Look Like Either of Her Parents and Fans Can't Get Over It
Prince William Visits a Pub as Lockdown Measures Ease in the U.K.
Lenny Kravitz To Release Memoir ‘Let Love Rule’ This Fall
Katie Holmes Shows Off Toned Tummy in Cute Boho Top in NYC
You may missed