Tipping Point airs weekdays at 4pm and is hosted by Good Morning Britain star Ben Shephard, 45, and during yesterday’s episode, he was back on hand to oversee proceedings. With four willing participants ready to get their hands on some cash, they all seemed geared up to knock each other out of the ITV quiz show. However, there was one player who led viewers to mute their television sets as they couldn’t cope with what they were hearing.

Standing opposite the giant coin machine, the four contestants introduced themselves before getting into the game.

Amongst the players was Adele, who was hoping she could make it all the way to the final round and walk away with a jackpot prize.

She got off to a flying start as she guessed her first question correctly but then had to choose which drop zone she wanted to put her counter into.

After making her decision, the coin was dropped into the machine but as it did, the player seemed to be demonstrating a rather unusual noise, leaving viewers feeling very awkward. 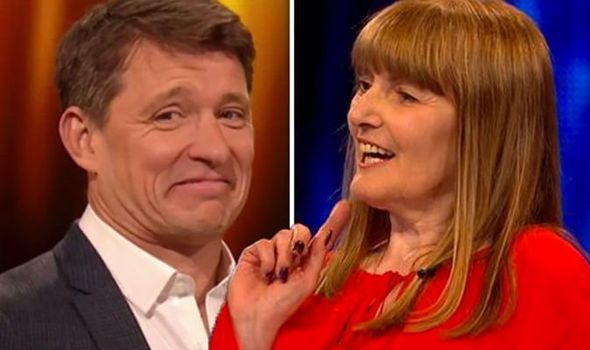 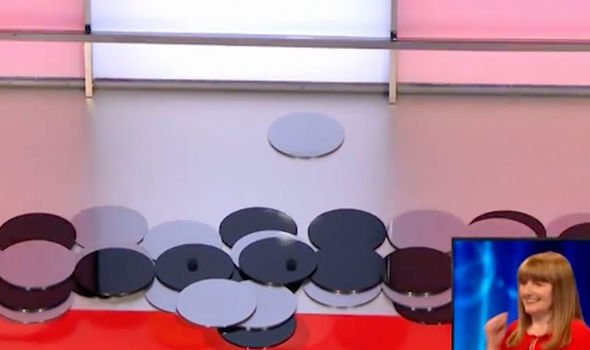 Adele seemed to be humming, but those watching at home thought the noises were rather similar to those enjoying pleasurable experiences.

The contestant also got rather excited as when the counter was dropping down to the slider at the bottom of the machine, she could be heard shouting: “Be flat, be flat!

“Oh, wow!” she declared as the coin dropped into the position she wanted, leaving her rather elated as her cash jackpot increased.

Taking to Twitter, one wrote of the noises the player was making: “All these sex moans from them is too much already #tippingpoint.” 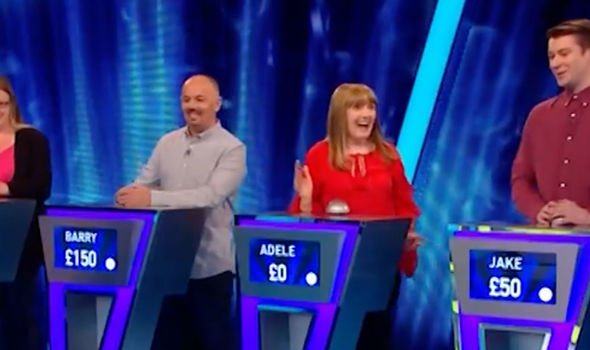 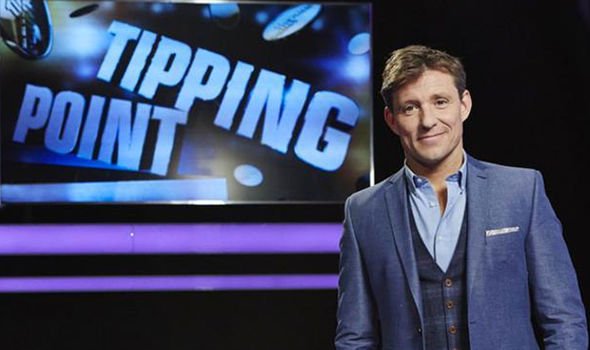 I’ve had to mute #TippingPoint

Another posted on the social media platform: “I’ve had to mute #TippingPoint but I can still hear Adele’s f***ing voice in my head.”

Whilst a third commented as they felt uncomfortable from hearing the contestant’s noises: “Adele is going to be one of those contestants you want out of the game as soon as possible! #TippingPoint.”

The player was extremely fortunate as she reached the final round of the show but didn’t risk playing the jackpot counter.

Instead, she stuck with her £3,900 sum and even won a mystery holiday after getting her hands on one of the counters marked with a question mark.

Ben agreed Adele had made the right decision, with the contestant telling the host she’d had a blast during her time on the programme.

Earlier this month, one player made history by winning an astonishing amount of money during the jackpot counter round.

Clive walked away with a double cash prize of £20,000 after the machine worked in his favour and notched up his initial sum.

This was a first for the programme, as no-one had ever managed such a feat and it was clear he didn’t expect the result.

Clive hugged host Ben as he shed a tear, unable to believe his luck and the presenter was just as bewildered.

“I can’t believe you have done it!” he added, before going on to admit he’d never seen such an achievement.

“Clive, I have stood in front of this machine over a thousand times, the only time that has happened was when it was on a tray that didn’t get taken!”