A DOCTOR caught defying COVID-19 social distancing guidelines during an anti-lockdown rally will not be allowed to see patients for the "foreseeable future."

Cardiologist David Murdock was slapped with the punishment after he was called out on social media for his behavior at a recent Open Wisconsin Now protest. 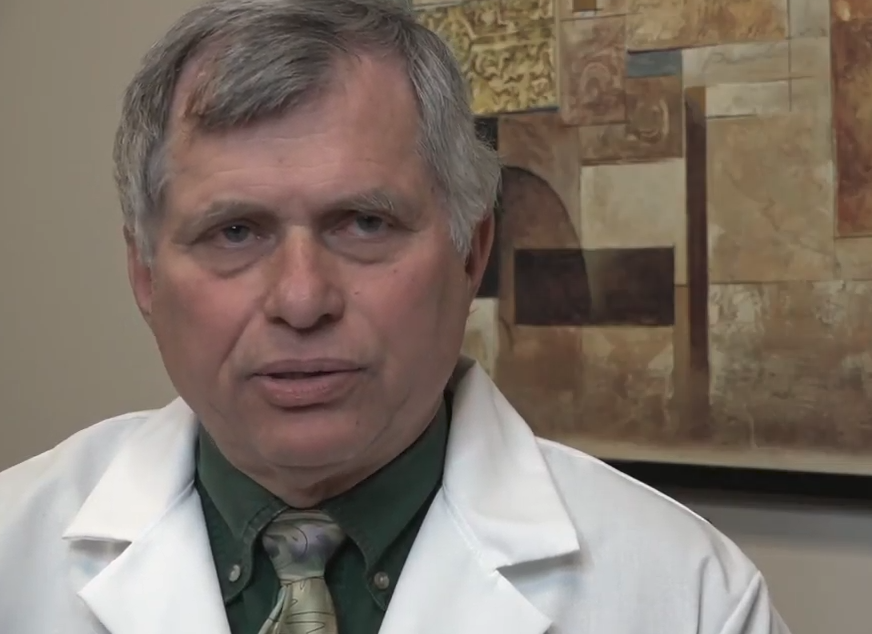 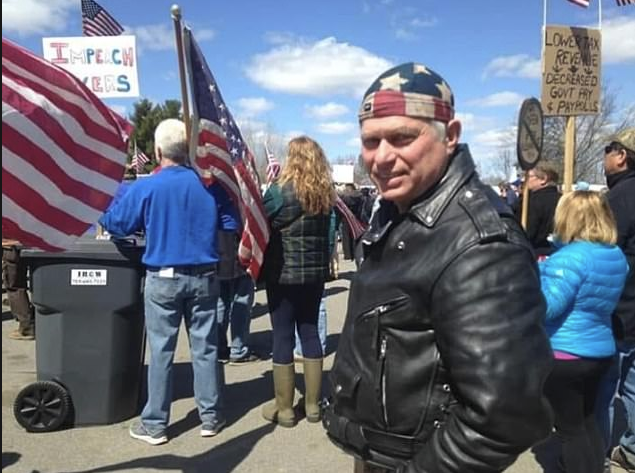 Murdock was seen with his arm around a priest as they flashed a sign reading, "we are an essential service," according to The New York Times.

Kevin Rusch saw the photo on Facebook and shared it, cautioning people to go to the hospital where Murdock worked "at your own risk."

“His picture popped up, and when I saw it, I was furious,” Rusch told The Times.

“I thought, this guy is out here hugging people and rubbing elbows without PPE on and he’s actively seeing patients.”

Dr Murdock was blasted on social media, and was placed on leave for one week by the Aspirus medical group. 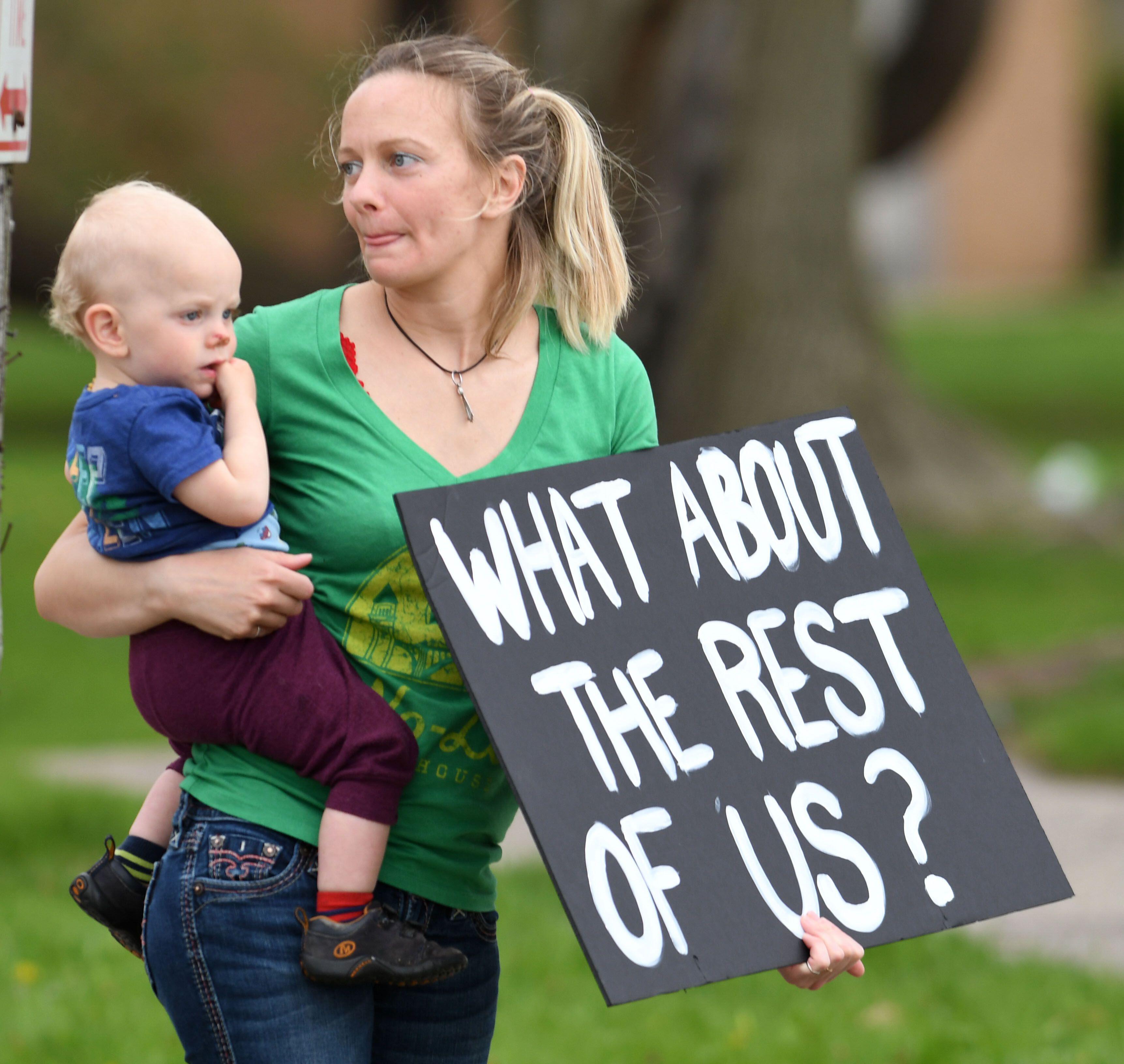 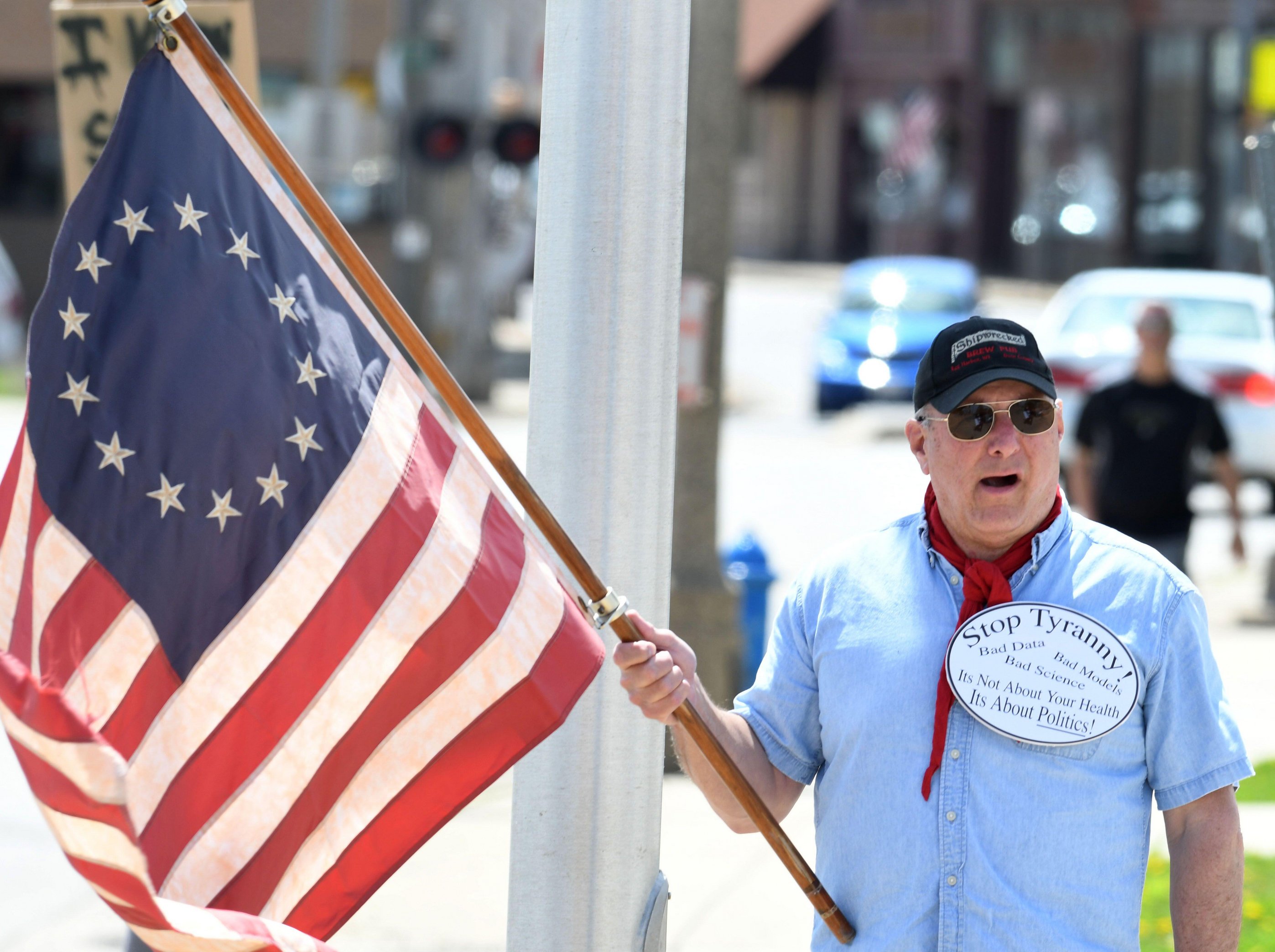 "While we respect Dr Murdock's constitutional right to free speech and assembly, we do not condone his violation of the governor's order and Aspirus policies," the medical group wrote in a statement.

"We have referred this matter to Aspirus medical group leadership for investigation, review and appropriate action."

The 68-year-old Murdock told the Wausau Daily Herald that "I was in the back, observing, trying to maintain social distancing."

"And I was able to observe at a distance. I had my sister take a picture to show that I was practicing social distancing."

He told the newspaper he wanted to see "what this virus was doing to the community." 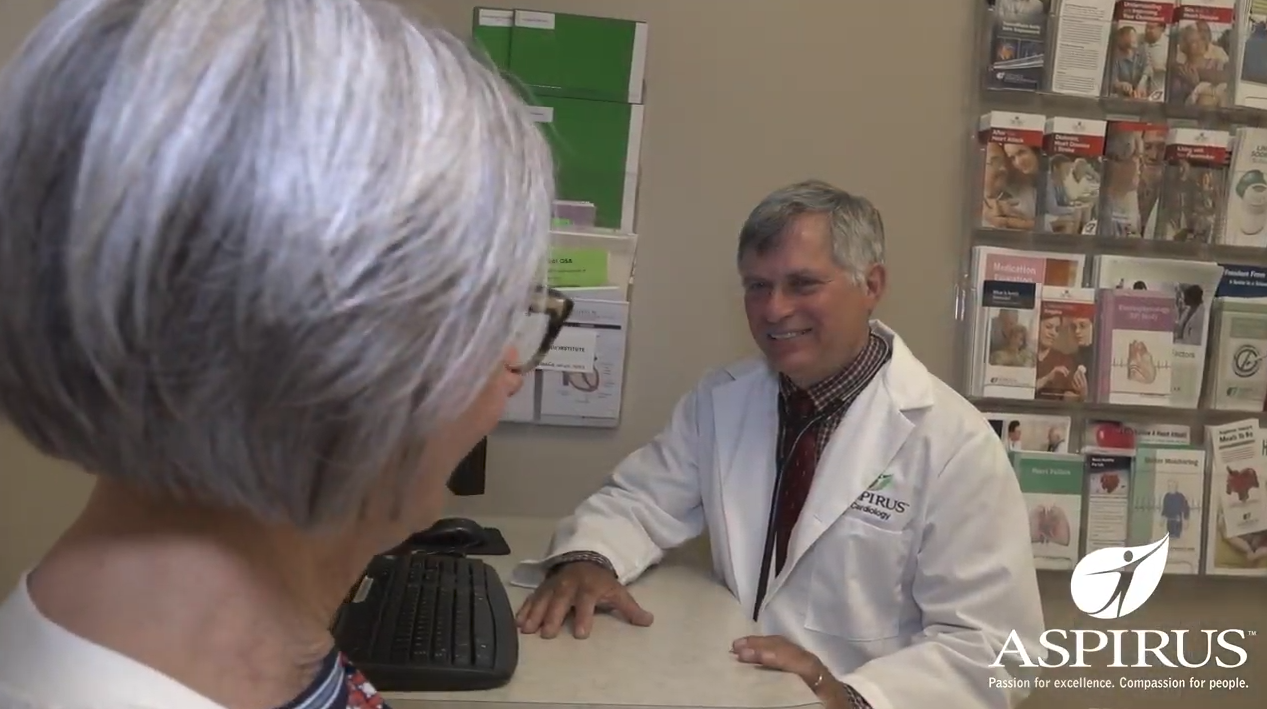 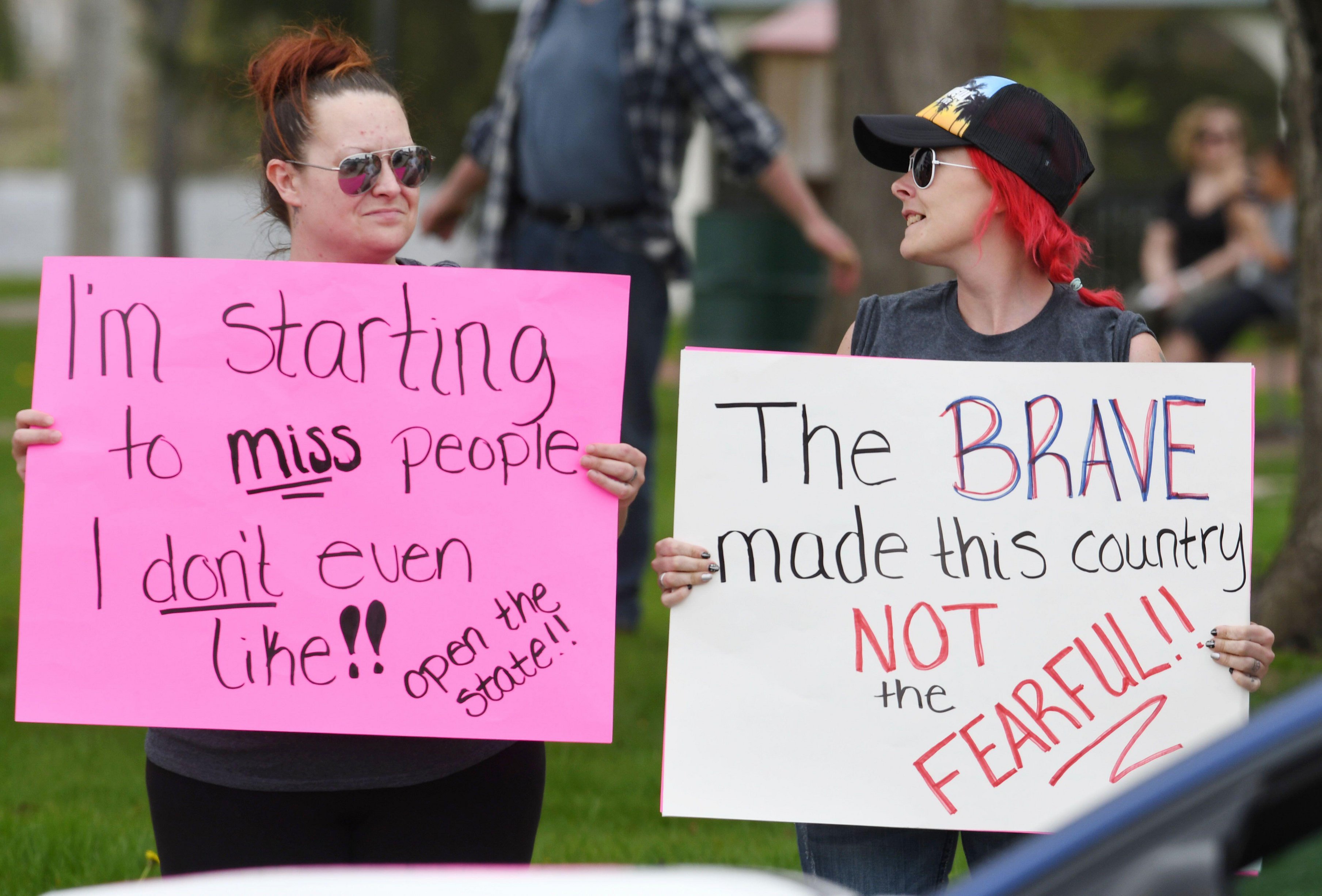 "I wanted to see and talk to people, from a distance, ask them why are you here. … There were so many sad stories."

The doctor wrote on Facebook that "I felt my minimal exposure risk was no more than what I experienced on my trips to the grocery store or essential errands."

Murdock said he attended the protest so he could get material for his memoirs.

The backlash against him on social media was severe, and feces were scattered on the front steps of his home, he said.

The vandalism led him to file a police report. 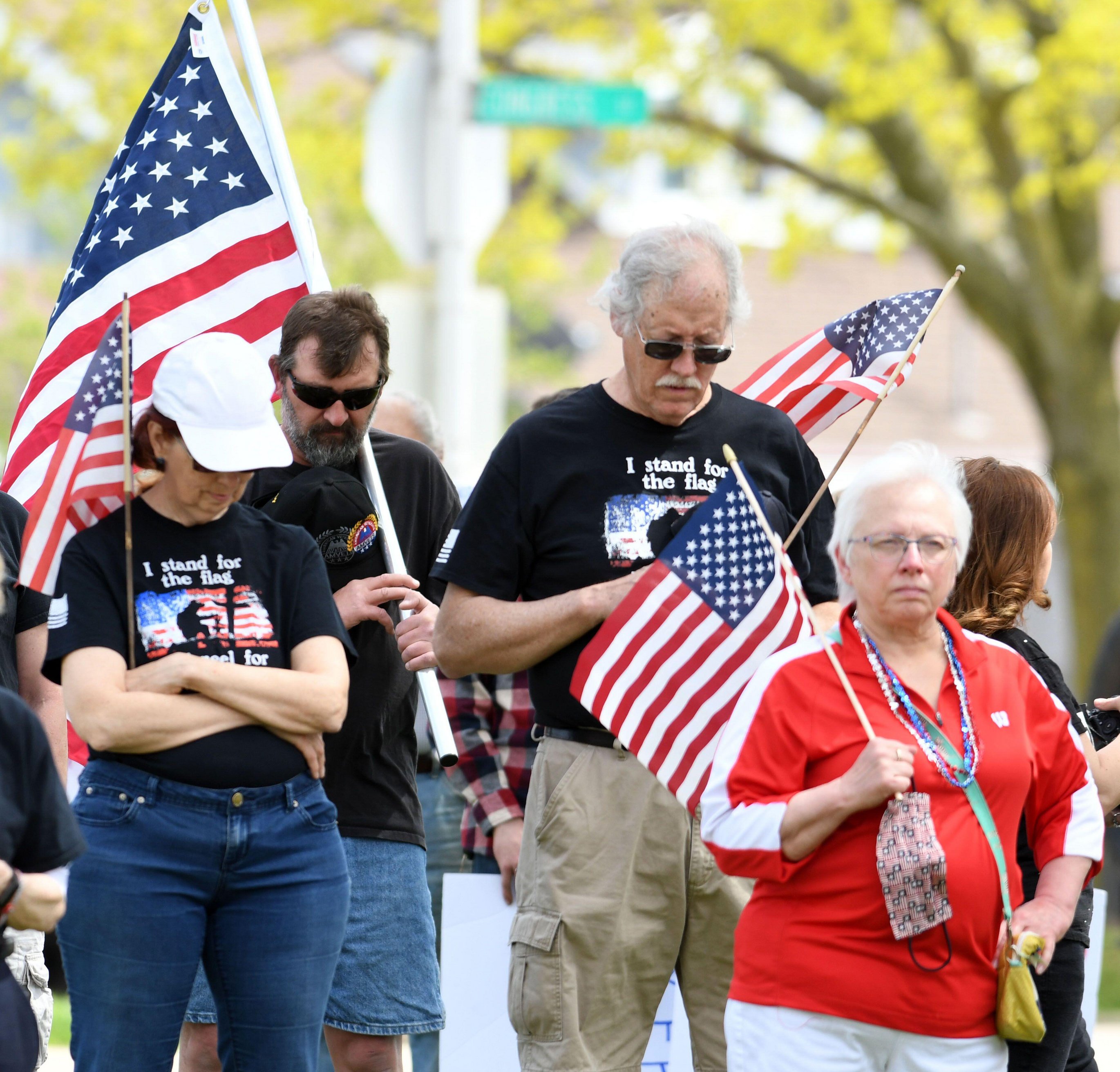 "Nobody should have to put up with this evil. No human has the right to inflict this pain on others."

He said he was placed on leave for violating the hospital's policy, and that he volunteered to take another week off by taking some vacation time.

"During this time, I have been assessing my future plans, together with my wife and family," he wrote. 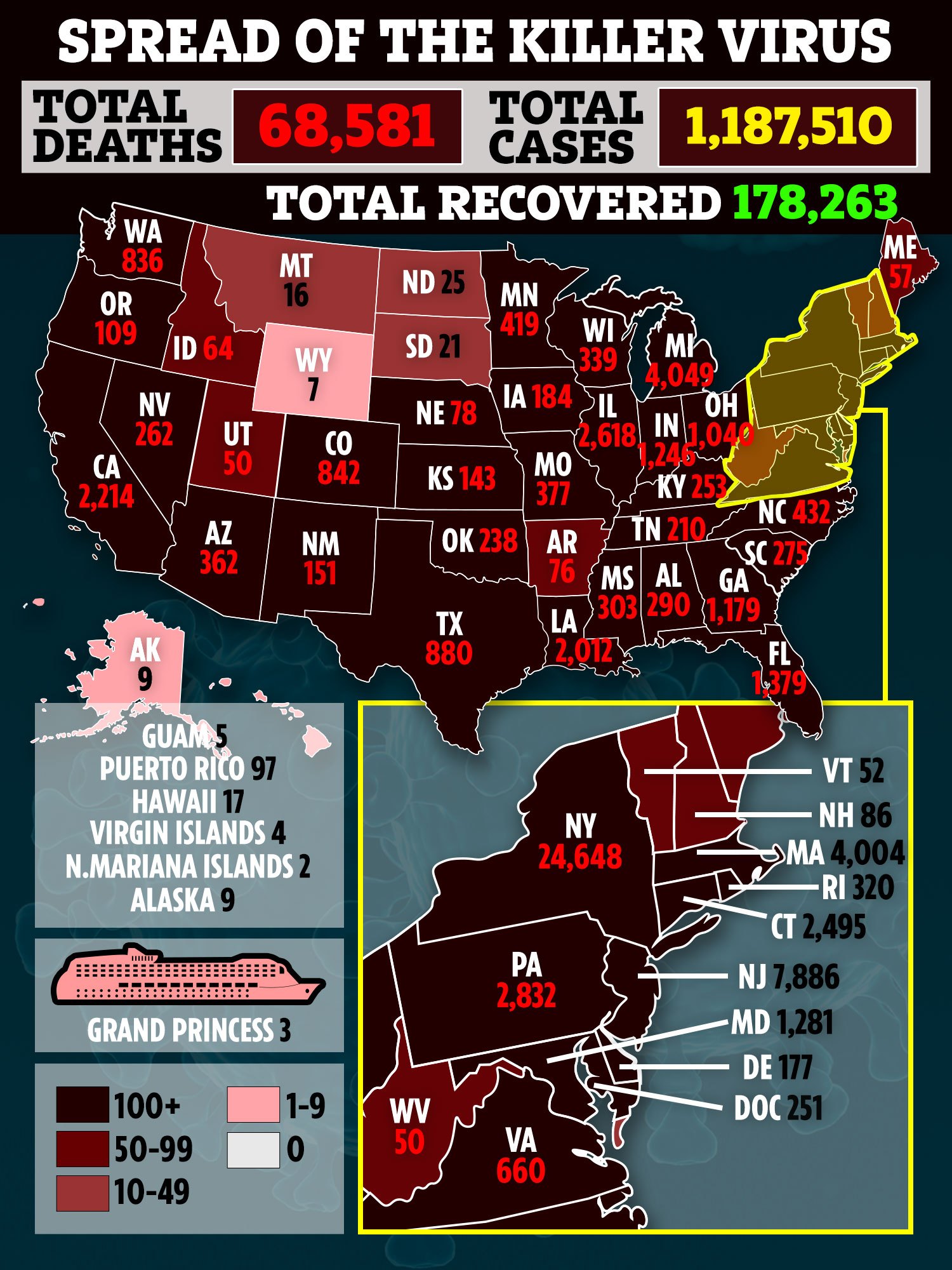 He said he was in "FULL agreement" with the governor’s first Safer at Home order that was scheduled to end on April 24, but says extending it was a mistake.

"I would recommend that we look at areas regionally," he told the Daily Herald, and "not to treat the whole state in the same way."

Democratic Wisconsin Gov Tony Evers declared a public health emergency on March 12, and called for the shutdown of businesses later that month.

A lawsuit by state Republican lawmakers aims to reverse the Safer at Home order.

The state's highest court is expected to rule on the complaint.

There have been 8,000 confirmed cases of coronavirus in Wisconsin, including 340 deaths.

Tags: D, doc, flouting, pictured, Social
Related posts:
Best News:
Celebrity News:
Josh Brolin Goes Shirtless While Leaving the Beach on July 4th
Morgan Stewart and Jordan McGraw Are Engaged: See Her Ring
There's 1 Kardashian That Doesn't Look Like Either of Her Parents and Fans Can't Get Over It
Prince William Visits a Pub as Lockdown Measures Ease in the U.K.
You may missed