London: Harry and Meghan are househunting in the area of Los Angeles where Diana, Princess of Wales planned to set down roots in 1997, it has emerged.

The Duke and Duchess of Sussex are understood to be looking for a beachside home in Malibu to raise Archie, their 10-month-old son. 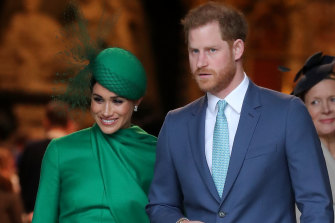 Prince Harry, Duke of Sussex and Meghan, Duchess of Sussex are searching for a home in Malibu.Credit:Getty Images

Harry's mother planned to move there with Dodi Fayed, her then boyfriend, after he bought a palatial home in the area a few months before the couple died in a Paris car crash.

The Tuscan-style villa, set on two hectares and boasting a private beach and 40 metres of ocean frontage, used to belong to Julie Andrews, the Mary Poppins star, and Blake Edwards, her film director husband. In 2007, Paul Burrell, the Princess' former butler, confirmed she had planned to move to what he described as a "lovely house… in Malibu" adding that he had seen the plans for it. 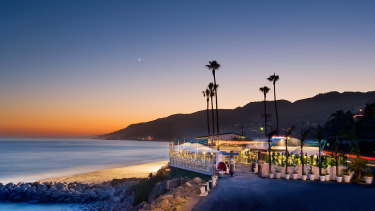 The Malibu lifestyle has attracted many of the world’s biggest celebrities.

Harry, 35, and Meghan, 38, are understood to be house hunting in the Pacific Palisades neighbourhood, one of the most exclusive areas on the Pacific Coast Highway. The Malibu region is already home to a host of celebrities, including Robert Downey jnr, Mel Gibson, Jennifer Aniston and Courteney Cox.

The area is an hour's drive away from the Hollywood studios, and former actress Meghan is understood to have told friends she had always wanted to "return home" and raise her family there.

"Over the last few months they have been looking at residences in that stretch of the city," said a source. "There is at least one very high-profile, high-end realtor, who has been home spotting for them privately.

"Meghan has made it no secret to those in her life from even before meeting Harry, she hoped to live on the beach eventually."

They are thought to be renting a home in a "quiet" LA neighbourhood while they search for something more permanent having caught one of the last US flights from Canada.

Wednesday is their first day as "non-royals" having announced in January they were stepping down to seek "financial independence".

It had long been rumoured that the couple eventually planned to end up in Malibu after resident celebrity Caitlyn Jenner revealed on British TV that she had heard they were househunting when their split from "The Firm" was announced three months ago.

Former Suits actress Meghan spent much of her childhood at the Malibu beaches, an hour's drive from Woodland Hills, where she grew up.

The area has beautiful locations such as Topanga State Park and Will Rogers State Historic Park. Thomas Markle and Doria Ragland, Meghan's parents, used to take her to Will Rogers beach, the location for Baywatch, the television series starring Pamela Anderson and David Hasselhoff.

Celebrity hang-outs in the region include the famous Paradise Cove Beach Cafe, where stars including David Beckham, Gwen Stefani and Robbie Williams have been spotted. Another famous Pacific Coast Highway eatery is Geoffrey's, a reservation-only spot frequented by the region's wealthiest patrons, while a few kilometres down the road is Moonshadows, a lively party bar, made famous when Mel Gibson, was arrested outside it after a boozy session in 2006.