FOUR hundred National Guard members have been deployed to protect the Emancipation Memorial in Washington DC after Black Lives Matters protesters vowed to bring it down.

The statue, which was constructed in 1876 and stands in Washington's Lincoln Park, depicts a freed slave kneeling at Abraham Lincoln's feet, which demonstrators claim resembles Black subservience rather than an ode to the end of slavery. 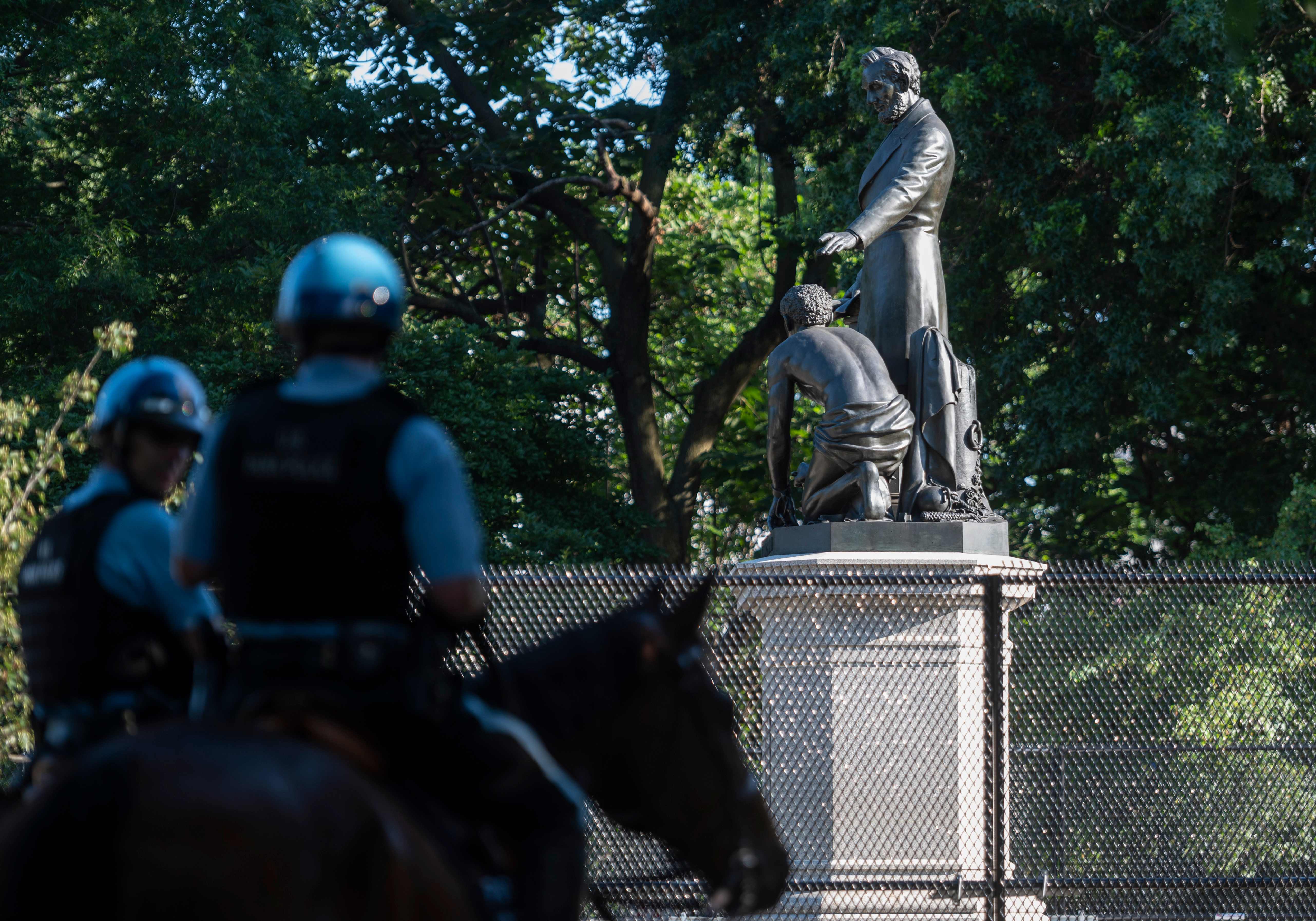 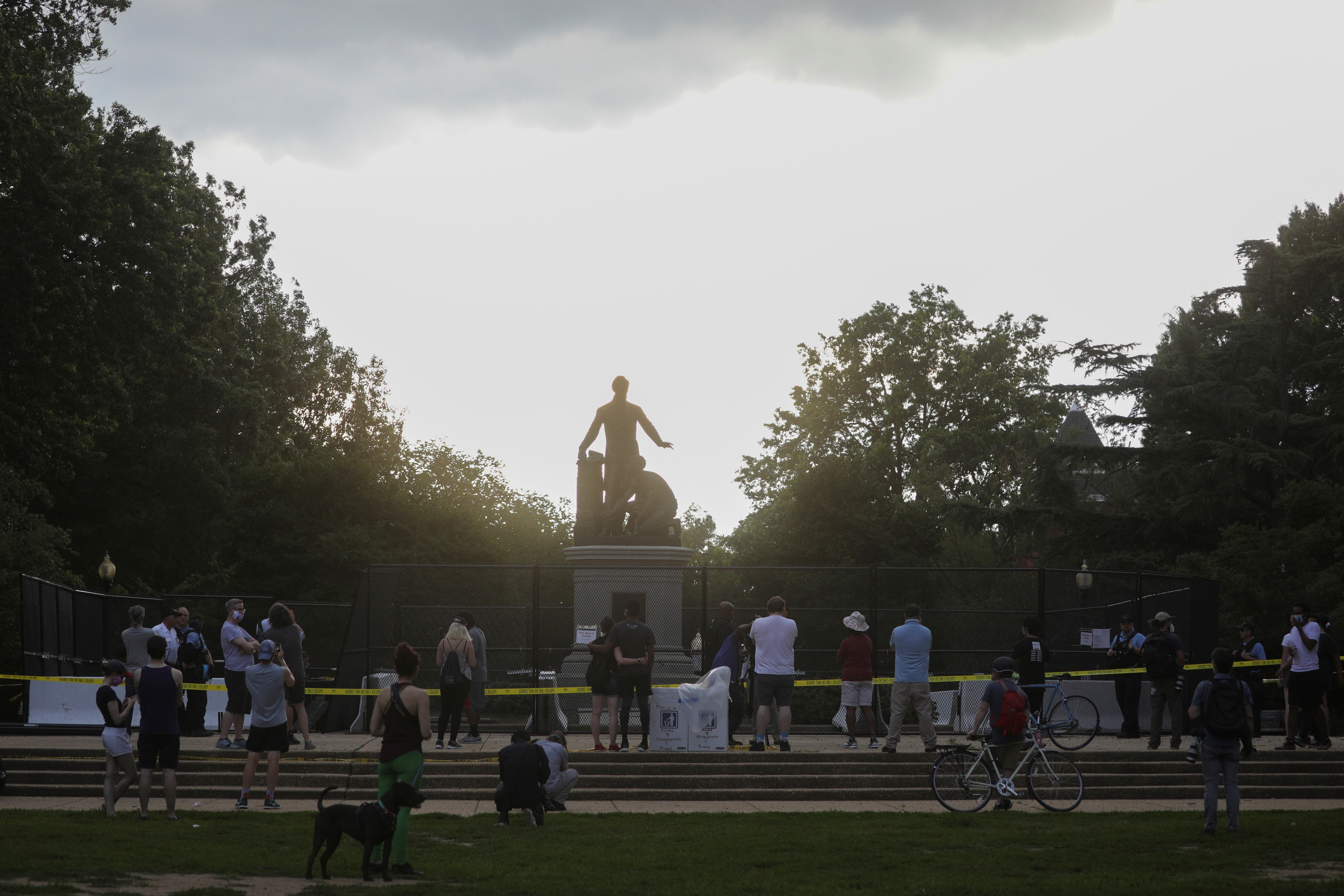 Law enforcement placed barriers around the memorial on Thursday. Protesters are planning to return to the park on Friday to urge the removal of the memorial, according to the Washington Post.

It's unclear if protesters want to simply rally in favor of the statue's removal or want to bring it down themselves.

In a press conference on Thursday, DC Mayor Muriel Bowser advised against toppling the memorial, saying the city should debate its fate and "not have a mob decide they want to pull it down."

Critics of the Emancipation Memorial say that the portrayal of the Black man kneeling in front of Lincoln is demeaning and suggests that enslaved African-Americans did not actively contribute to their own freedom. 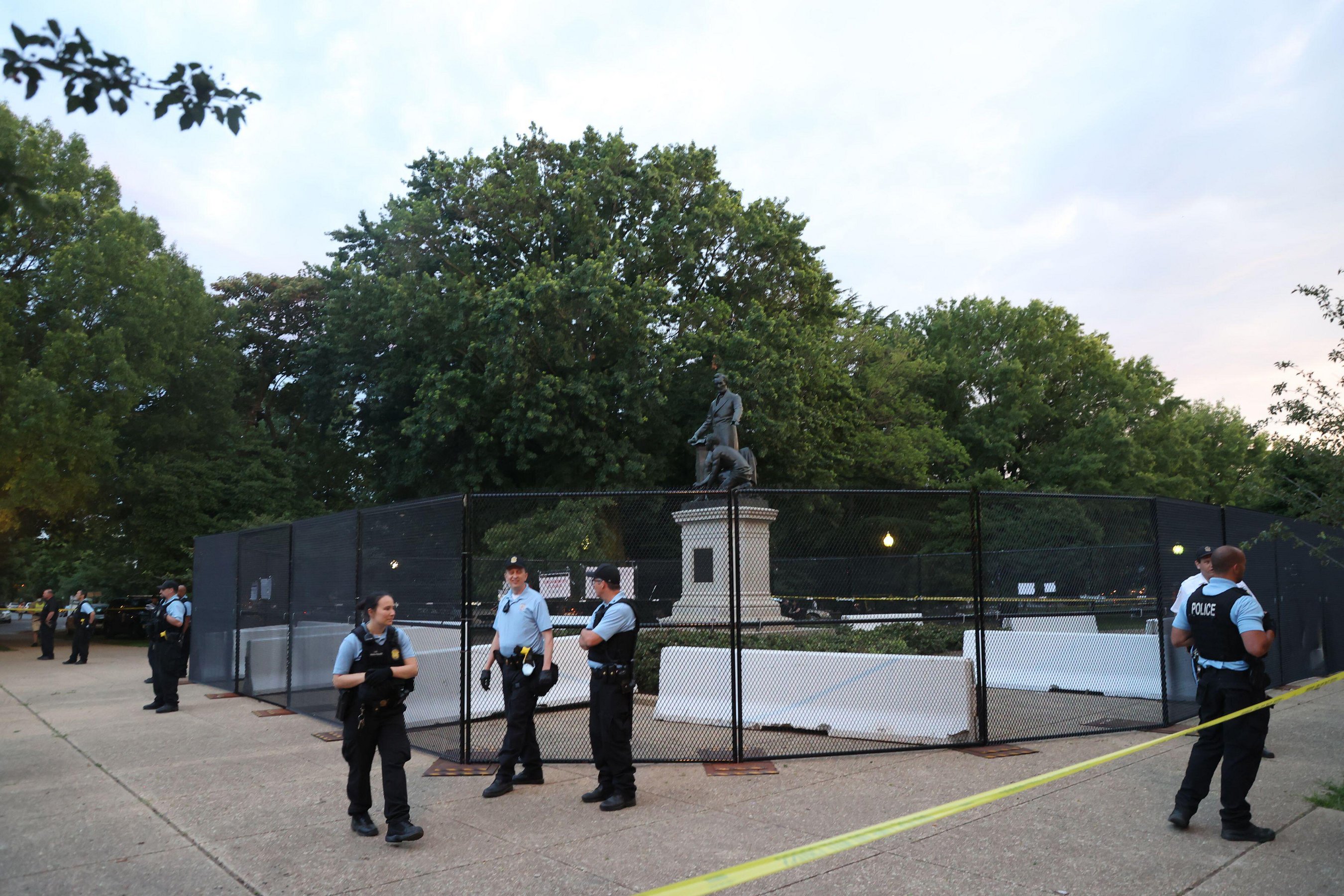 It's also been reported that at the statue's unveiling, abolitionist Fredrick Douglas said the monument "perpetuated negative stereotypes about African Americans," according to the Daily Mail.

Speaking about the Emancipation Memorial on Fox News, President Donald Trump said that he could see "controversy but I can also see beauty," and suggested that people who want the monument removed should go through legal channels rather than trying to remove it themselves.

"I can understand certain things being taken down, but they ought to go through a process, legally," Trump said. "And then we take it down, in some cases, put them in museums or wherever they may go."

Part of the controversy, according to reports from the protest about the statue on Tuesday, stems from the fact that Black contributions to ending slavery are ignored in the memorial's depiction, in favor of idolizing Lincoln.

"[Lincoln] freed the slaves for political advancement," a speaker at the Tuesday rally said, according to WUSA9. "Not because he cared, not because he wanted to. And the thing is, that when we freed ourselves, we had seven years of progress, the best seven years for Black people in the entire American history."

Asheville, North Carolina backs reparations in historic vote: “It is simply not enough to remove statues”

23 mins ago
This website uses cookies to improve your user experience and to provide you with advertisements that are relevant to your interests. By continuing to browse the site you are agreeing to our use of cookies.Ok