DONALD Trump is considering permanently freezing the WHO's funding in 30 days if his "serious concerns" about handling the coronavirus are not addressed.

The president threatened to stop sending cash in a letter chief Tedros Adhanom Ghebreyesus on Monday that he posted on Twitter. 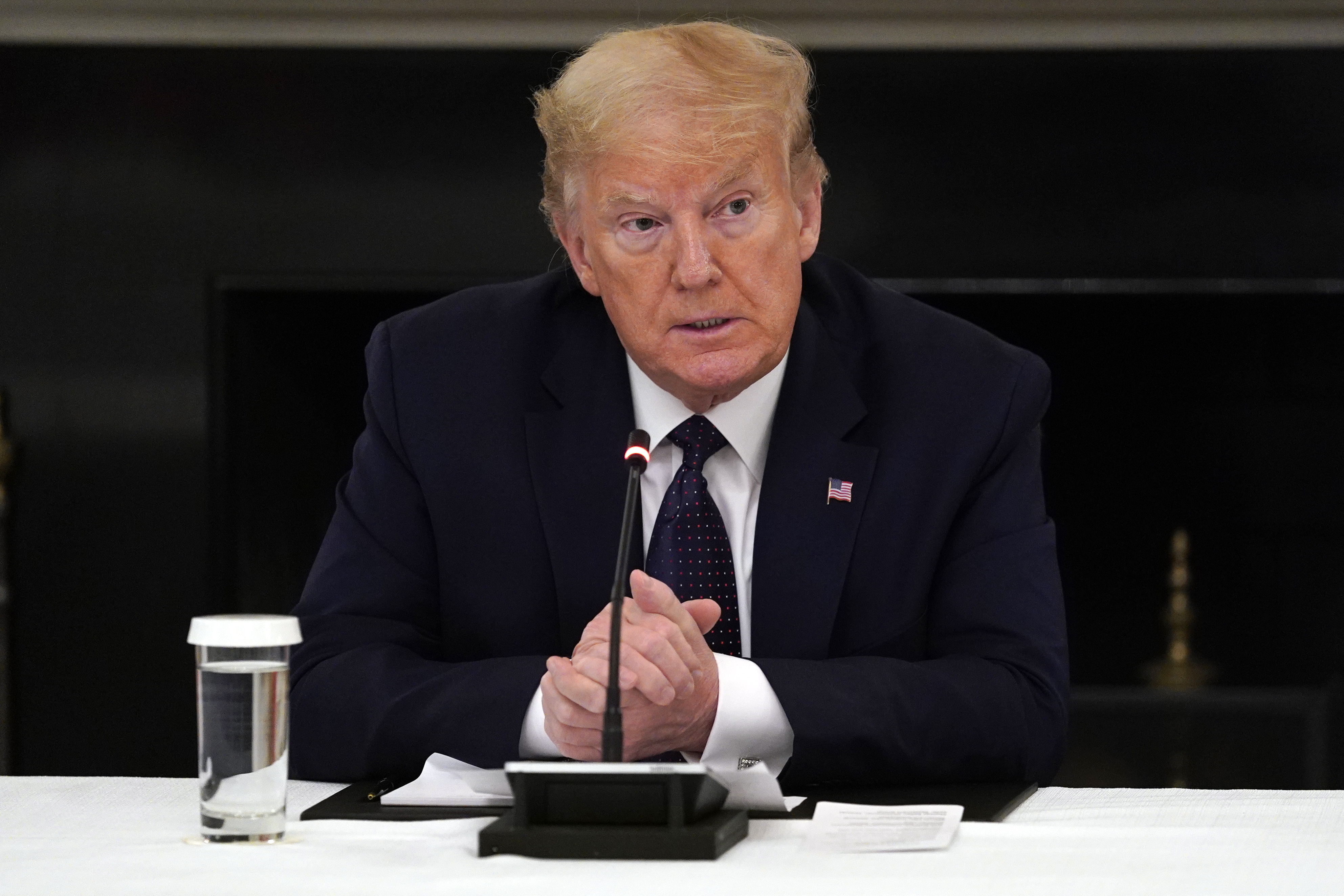 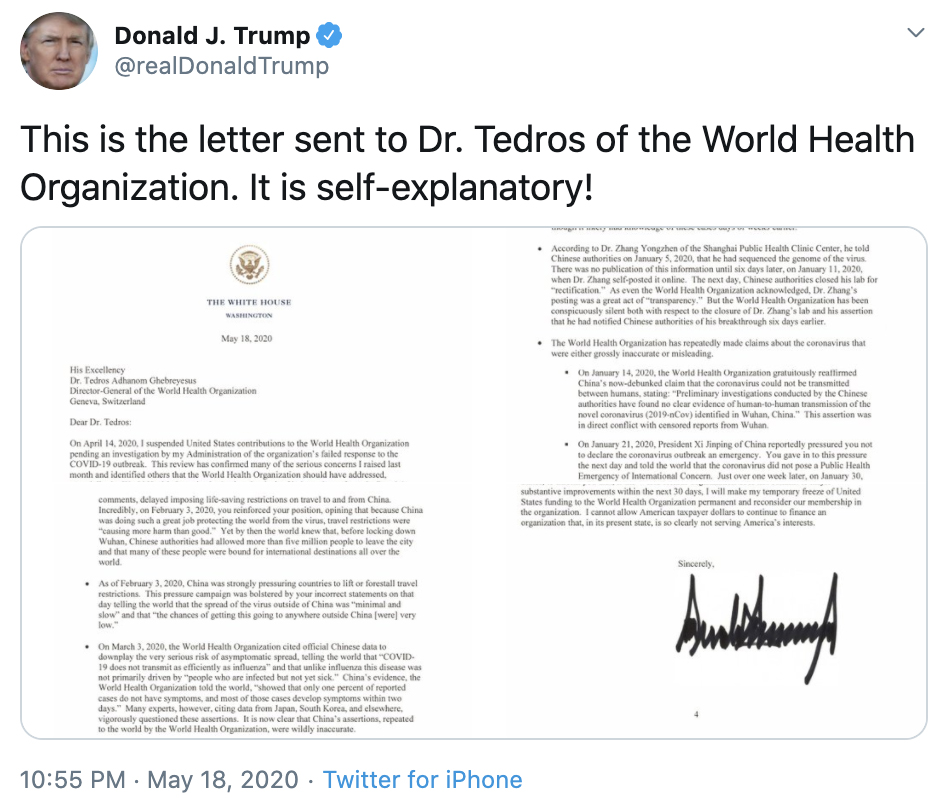 The letter discusses the president's "serious concerns" with how the organization handled the coronavirus pandemic.

The letter includes information on how the WHO "consistently ignored credible reports of the virus spreading in Wuhan," and "has been curiously insistent on praising China."

The president then concludes the letter by giving Ghebreyesus an ultimatum on whether or not the organization will receive American funding in the future. 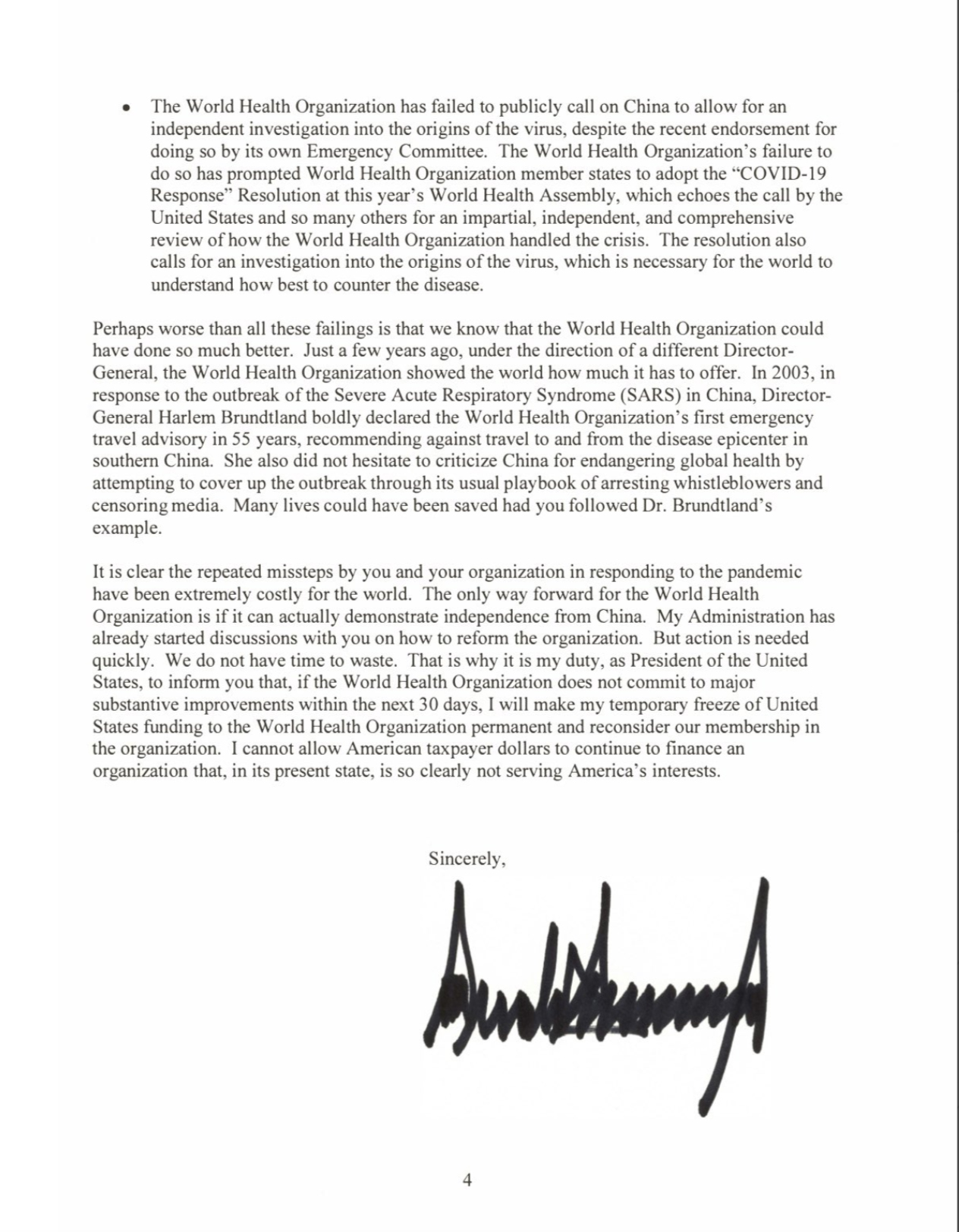 "It is clear the repeated missteps by you and your organization in responding to the pandemic have been extremely costly for the world.

"The only way forward for the World Health Organization is if it can actually demonstrate independence from China.

"My administration has already started discussions with you on how to reform the organization.

"But action is needed quickly. We do not have time to waste." 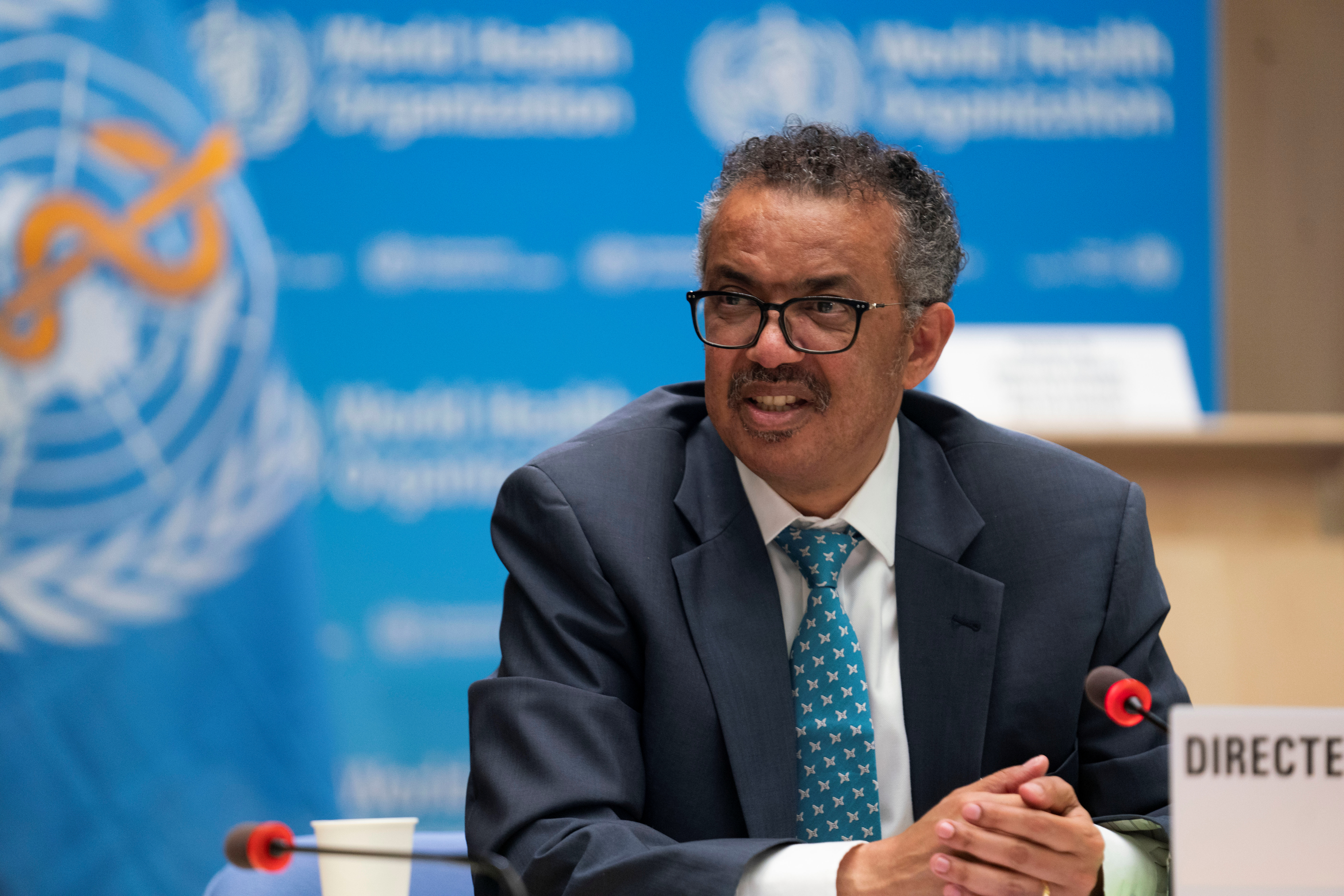 Trump finalized: "If the WHO does not commit to major substantive improvements within the next 30 days, I will make my temporary freeze of United States funding to the WHO permanent and reconsider our membership in the organization."

Earlier on Monday, Trump rejected an invite to address the WHO, which he said has done a “sad job” amid the pandemic.

Trump said he’d pass on a meeting with the organization, who he’s repeatedly said is too “China-centric” and has a "disastrous" response to the pandemic.

He claimed the WHO gave the US “a lot of terrible advice,” and is “always on the side of China” — even calling the organization a “puppet of China.”

Axios reported on Monday that the WHO invited both Trump and China’s President Xi Jingping to give speeches to a “high-level welcome session” at their annual global meeting.

"The WHO wanted to bring these two leaders together, the biggest economies in the world, at a time when they are being cold to each other, and try to create some sense of solidarity," a source told the news outlet.